Enjoy a delicious three-course dinner and wine, with colleagues and peers, at a time when subsea talent is focused in Aberdeen.

Meet at 19:00 for a welcome drink, kindly sponsored by DiveSource Limited, to be seated for dinner at 19:30.  Dress code is business attire.  The evening will close at approximately midnight. 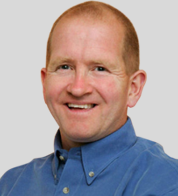 Michael Edwards, better known as Eddie "The Eagle" Edwards, is a British skier who in 1988 became the first competitor to represent Great Britain in Olympic ski jumping. At the time, he was the British ski jumping record holder, the world number nine in amateur speed skiing and the stunt jumping world record holder. Finishing last in the 70m and 90m events, he became famous as an example of an underdog or "heroic failure", and of perseverance and achievement without funding.

Although he did not win an Olympic medal, he did win a place in the hearts of spectators all around the globe. This was ultimately due to his lack of success, but more importantly his pure determination and have a go attitude. Eddie became a global celebrity with huge commercial success. As a regular on television and radio, more recently Eddie has been a competitor on BBC1's Let's Dance for Sport Relief (making it to the Final on public votes) and was the winner of BBCs Winter Wipeout and ITVs Splash. Earlier in 2015, Eddie was the jump coach on Channel 4s The Jump.
Supporting Sponsors