Led by Subsea UK in conjunction with

Inspiring the next generation of subsea talent

At the end of 2018 the STEM Challenge, led and organised by Subsea UK and supported by The Smallpeice Trust, saw teams of 13/14 year old students take part in regional heats across the country to earn their place in the final. The new initiative aims to encourage school pupils in STEM subjects to consider a career in the subsea sector.
At the regional competitions held in Plymouth, Southampton, Sheffield, Newcastle and Glasgow the teams competed to design and build an ROV using Lego Mindstorms. Lego Mindstorms is a hardware-software platform produced by Lego for the development of programmable robots based on Lego building blocks. Each version of the system includes an intelligent brick computer that controls the system, a set of modular sensors and motors, and Lego parts from the Technic line to create the mechanical systems.

In the final, the teams were faced with an environmental incident where plastic barrels had fallen into the sea and they were tasked with designing an ROV and using sensors, grabbers and beacons to gather the barrels as quickly as possible.

The teams then had to test their design and present their findings to a panel of judges, which included representatives from sponsors Fugro, Saab Seaeye, SMD and Subsea 7.  Points were awarded on a number of criteria including teamwork, understanding of the subsea industry, number of barrels collected, time taken to collect barrels and the quality of the design.

View the Smallpeice Trust's Report on the STEM Challenge Event, including feedback and statistics 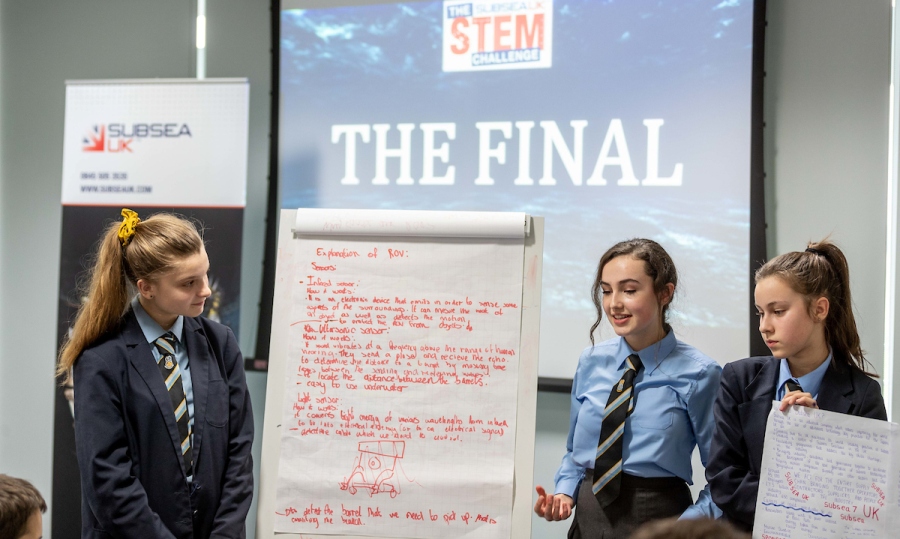