Modus Ltd, a North East UK based subsea specialist, has recently completed a high-speed decommissioning survey for Rever Offshore in the North Sea using one of its HAUVs (Hybrid Autonomous Underwater Vehicle). The objective of the survey was to locate any items of debris that remained at the sites after the decommissioning of Fairfield assets in the Northern North Sea, including work performed within the 500m zone, and the scope further included survey of pipeline routes between additional platforms.

The surveys were successfully performed at speeds of up to 4.6km/hr in water depths of approximately 150m.  For this scope, the flexible HAUV was equipped with dual head multi beam sonars and high-resolution Side Scan Sonar.  Utilisation of the HAUV spread increased operational efficiency in relation to the speed of data acquisition and improved data quality.

Philip Strettle-Brown, Survey Manager at Rever Offshore commented "The use of the HAUV allowed us to significantly reduce the timescales of obtaining the required survey data and improve the overall efficiency of the produced surveys. By implementing new technology, the data obtained was of significantly higher quality and resolution when compared to alternative methods

Nigel Ward, Chief Commercial Officer at Modus Seabed Intervention, said "We are very pleased with the positive impact and clear benefits that the Modus HAUV has had on this decommissioning project. Modus have been able to significantly reduce the survey time infield while delivering class leading data quality in combination with Rever Offshores processing expertise. We feel that this methodology has created a new efficiency benchmark for future decommissioning surveys in the North Sea. 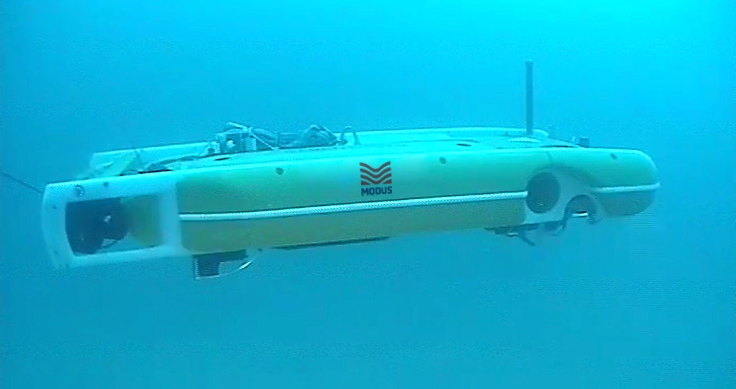