A joint initiative between Japan and Scotland, formed two years ago, will see almost £21million invested into underwater technology projects to promote economic growth opportunities in the Blue Economy.

Industry body Subsea UK and its technology arm, NSRI, has today (9th October 2019) announced that, through a close working relationship between Scottish Enterprise and the Nippon Foundation, £20.9million will be invested into six R&D projects being developed by 20 companies from Scotland and Japan.

Scottish Enterprise is supporting with £6.2 million in R&D funding to 12 Scottish companies, while Japan will contribute £4.1 million to the joint projects. A further £10.6 million is being contributed by the Scottish companies into six projects with eight Japanese partners.
These were chosen based on the potential of their near-to-market technology to solve technical challenges in offshore renewables, carbon capture and storage and oil and gas.
Under the six projects, these companies will collaborate with industry bodies and universities to develop innovations in mooring, installation systems, geoscience and artificial intelligence.

The additional funding has been secured as a result of the success of the first call, promoted by this partnership, which saw £8.8million invested into five R&D projects centred around digitalisation involving 12 companies.
Neil Gordon, chief executive of Subsea UK, said: "Globally the Blue Economy is forecast to be worth £140 billion by 2035 and Scottish companies who can develop disruptive technology can capitalise on this opportunity. The scale of this opportunity was reflected in the response to the second call which has attracted projects that have applications across the entire underwater industry.
"The increase in funding is in direct response to the success of the first call and the quality of submissions for the second call. Led by Scottish Enterprise, this initiative is a unique opportunity to engage with industry and academia across Scotland and Japan, renowned for their development of innovative technology.

Tony Laing, NSRI director for market research and acceleration, added: "This international programme, has matched industry with the right industry partner to create projects that bring value to Scotland and growth opportunities in the Blue Economy.  This approach, which is fully aligned to the countrys industrial strategy and low carbon targets, will accelerate economic growth but also present a wider opportunity for early adoption of the technology, advancing the sectors and the companies involved.

David Rennie, head of Oil and Gas, Scottish Enterprise said: "It is fantastic to see these projects coming to fruition and we are delighted to work with partners here in Scotland and Japan to support.  It is particularly welcome to see the focus on the blue economy agenda.  While our experience and focus in subsea has been based around oil and gas, these project awards clearly demonstrate that our subsea sector, one of our key global strengths, has the potential to help deliver technology solutions in a range of sectors beyond oil and gas. These projects will create significant value for the Scottish economy, and we are delighted to support them.

The project forms part of a Memorandum of Understanding (MOU) which was signed between Scottish Enterprise and the Japanese philanthropic organisation, The Nippon Foundation, at SPE Offshore Europe in 2017.
The extensive collaboration with Japan will make a strong contribution to the delivery of the Subsea Engineering Action Plan, launched by Scottish Enterprise in 2017, with the aim of helping Scottish companies capture an even bigger slice of the £50billion global subsea market. 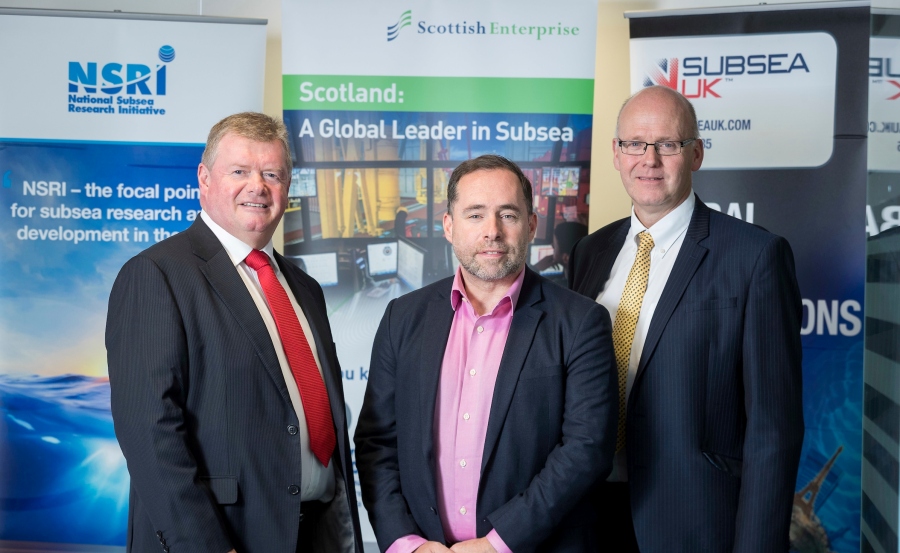