Rotech Subsea has successfully completed a significant cable burial scope at the Walney Offshore Wind Farm for green energy giant, Ørsted. The excavation and trenching specialist took on responsibility for all operations for the project, from chartering the vessel to contracting all relevant parties required, with the trenching project successfully wrapping up in late 2019.

Rotech Subsea - which designs, builds and operates its second generation "RS range of non-contact excavation tools - was contracted by the global offshore wind leader to provide its TRS1LD Jet Trenching tool - equipped with HP jets - to carry out the cable burial at Walney in the Irish Sea.

The TRS1LD Jet Trenching tool was selected due to its unparalleled technical performance and capabilities, resulting in increased productivity and a reduction on the total project costs.

The subsea spread of equipment was mobilised on the OSV Relume and deployed using the ships crane. Two separate cables - totalling approximately 3.5km in length - were trenched to a specification of 2.0m TOC in the soft sand areas and to 1.0m TOC in the Stiff Clay areas. Water depth ranged from -2.0m to +14.0m LAT.

The project was successfully completed with the cables trenched at an average rate of 4m/min in soft sand areas and 2m/min in the stiff clay.

Ørsted has become a regular client for Rotech Subsea in recent years with the subsea excavation and trenching leader now thought to be identified as a key supplier to the renewables giant following this scope of work.

"This was a great project for Rotech Subsea as it saw us take on the role of contractor, chartering our own vessel and engaging all the relevant parties required to make the project a success, said Rotech Subsea Director, Stephen Cochrane.

"The unrivalled capabilities of the new TRS1LD Jet Trenching tool made it perfect for this Irish Sea  OWF scope. The TRS1LD Jet Trenching tool sets itself apart from mass-flow excavation tools because its patented design produces narrower, higher pressure jets which are up to seven times more powerful than some other excavation systems. This facilitated the scope being completed extremely efficiently and on budget. 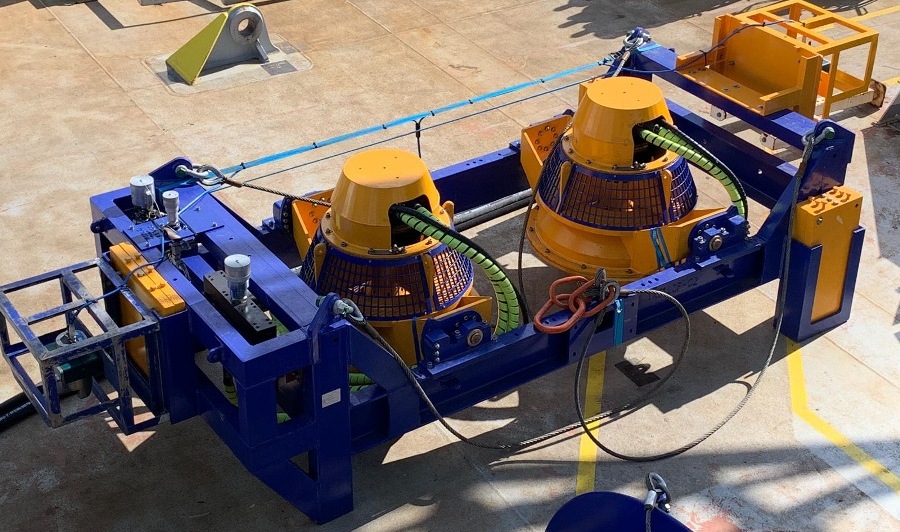