This event has concluded. The presentation delivered is available below.

The DeepWind supply chain cluster is now the largest offshore wind representative body in Scotland with almost 300 members drawn from industry, academia and the public sector. Its main purpose is to help its members achieve greater benefit from the current and future development of offshore wind in the UK and internationally. As the name suggests, it specialises in fixed and floating offshore wind in deeper waters, usually considered to be greater than a 40m depth.
The DeepWind Cluster covers a geographical area that stretches along the Scottish coastline from Wick in the far north to Aberdeen in the North East. This geography is based on the offshore wind projects that are currently covered by the DeepWind offshore wind developers who are the core members of the cluster. This includes EDPR/Engie, SSE, Vattenfall, Equinor and KOWL (Kincardine Offshore Wind Limited).
The developer group within the cluster is now the largest of any supply chain cluster in the UK and besides the above core members includes Scottish Power Renewables, Innogy Renewables, Mainstream Renewable Power, Red Rock Power, Quaybridge, RIDG, wpd Offshore, Total E&P UK and Shell New Energies subsidiary EOLFI.
Speaker 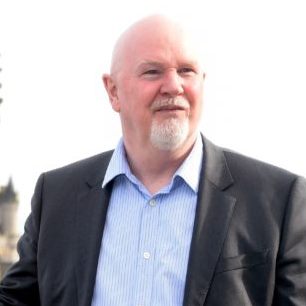 Currently a Senior Development Manager with Highlands and Islands Enterprise (HIE) and part of that role is as the Cluster Manager for the DeepWind offshore wind supply chain cluster. Have been with HIE for over 19 years with most of that on loan to Scottish Development International covering both international trade and inward investment in renewable energy, mostly related to offshore wind and marine energy.
Represent HIE on the Scottish Hydrogen and Fuel Cell Association board, sit on the Scottish Offshore Wind Energy Council (SOWEC) Skills Group, past board member of Ocean Energy Europe, previously advisory board member for Energy Technology Partnership and the Offshore Renewable Institute and a member of the Scottish Governments Marine Energy Group and Hydrogen Industry Group.
Starting in April 2019 as cluster manager for DeepWind have grown the membership from the original 14 members, being the initial Steering Group, to the current 304 member organisations.

Thank you to the 100+ delegates that attended this event.