21 May 2020
Venue: Delivered via GoToWebinar

This event has concluded. The presentation delivered is available below.
A success story of a cross-industry technology transfer.
Between 2013 and 2018 Viper Innovations completed a JIP development that was sponsored by five Super Major Operators. The technology has subsequently been utilised in subsea applications to monitor electrical integrity and to locate electrical failures and degradation.
Between 2016 and 2019, the core monitoring technology has been adapted to create an electrical integrity monitoring product for the railway industry, which has been successfully trialled by Network Rail in the UK.
The route to diversification into another industry has demonstrated that the processes, quality systems, and expertise that is demanded by the subsea oil and gas industry facilitates the move into other highly engineered business sectors.
The presentation shared some of the key decisions and initiatives that have been considered cruicial to the success of the diversification. In addition, continued technical developments that have been made for the railway applications will be transitioned back into the oil and gas sector to further benefit those Operators who initially supported the JIP.
Speaker 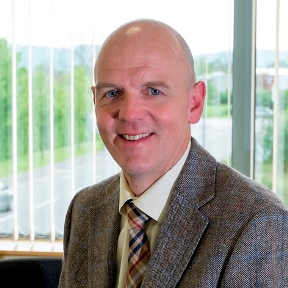 Neil Douglas, Managing Director, Viper Innovations
Neil Douglas graduated in 1984 from Bristol University with a degree in Electrical and Electronic engineering and obtained a Masters in Subsea Engineering from Cranfield University in 1991. Neil worked for an international corporation for 23 years in various engineering and management positions until 2007 when, along with co-director Max Nodder, he established Viper Subsea, a company that specialises in technology development, equipment supply, and integrity management of subsea located controls equipment for the International oil and gas industry.  Now head-quartered in Portishead, Viper Subsea was renamed Viper Innovations at the end of 2016 as part of a rebrand to facilitate business diversification into other industrial sectors.  The company has continuously invested in research and development resulting in a range of proprietary technologies, which has driven the company to realise an average annual growth rate of over 30%.
The company has won many business and technology awards with the most prestigious being the National Private Business Awards in 2014 and the Queens Award for Enterprise in 2016. In 2017 the company won the West of England Business of the Year award and in 2018 won the IET (Institute of Engineering Technology) Intelligent Systems Innovation Award for its CableGuardian technology.   In June 2019, the company also won the Railway Innovation Award for CableGuardian for delivering operational efficiencies.
Exports account for approximately 55% of Vipers revenues, with Europe, Africa, APAC and the Americas all export destinations.
Neil was named the Institute of Directors South West Director of the Year Award in 2011.  As well as being the Managing Director of Viper Innovations, Neil also sits on the board of LiveWire Innovation Inc, a UTAH based technology company, and is on board of the West of England LEP.