Delegates joined this free webinar for an overview of the subsea industry in Brazil and future opportunities, taking into consideration possible impacts caused by the oil price and Covid-19.
This webinar was facilitated by Neil Gordon, CEO of Subsea UK. 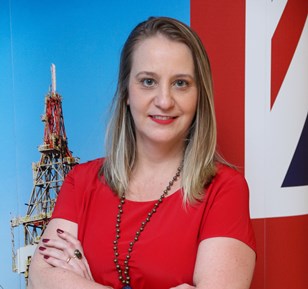 Flavia Silva de Castro, Business Development Manager  Oil & Gas and Petrochemicals working for the British Government in the Department for International Trade at the British Consulate-General in Rio de Janeiro.


Flavia graduated in Languages (Portuguese/English) then completed an executive post-graduation in Oil & Gas at the Federal University of Rio de Janeiro, Engineering Department (COPPE). She started working for HM´s Government, at the Consulate in Rio de Janeiro, in 1994 and in 1999 joined the commercial team at DIT  Department for International Trade. Flavia has developed a few different jobs before becoming Business Development Manager - Oil & Gas, in 2009.

Flavia leads a team of three people and is responsible for all the activities in the oil & gas sector. More recently, she has been given some responsibility in the petrochemicals sector as well. Flavia´s role is focused on developing and maintaining a network of contacts, building strategic alliances and assisting UK companies in their efforts to do business in Brazil. Her team is responsible for identifying opportunities for UK companies in Brazil, conducting market researches and organising events such as workshops, conferences and trade missions, to and from the UK.
Presentation
To view the presentation (pdf) please click here.