This event has concluded. The presentation delivered is available below.

Fugro have invested significantly in our global Remote Operations Centres (ROC), including the industry leading centre in Aberdeen. Fugro undertook detailed human studies when designing the ROCs to ensure they were built with people in mind. Fugro described its Remote Operations journey to date, the reasons for this journey and the benefits to the industrys workforce. 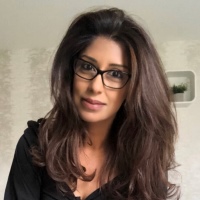 With a Postgraduate qualification in Clinical Psychology, Shabnum started her career as a Psychologist at a private hospital in Edinburgh. Coming from this background, Shabnum holds exceptionally strong people and relationship management skills. Finding a new passion in corporate growth and development, she joined the Oil & Energy industry in 2010. Shabnum moved to Fugro in 2018 as the Global Sales Manager. During this period, she has helped to support many new clients with their subsea campaigns and also expanded Fugros footprint incorporating various Subsea Marine Services including Aberdeens Remote Operations Centre. Working in an industry that is predominantly male-led, Shabnum has successfully led and built reputable relationships whilst encouraging other females to feel empowered enough to have a voice and believe in their abilities.

Her genuine interest and engagement with clients assists with the true understanding of the overall requirements. 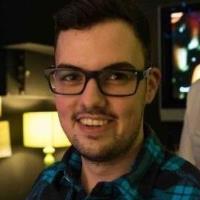 After completing his cadetship Ross decided to explore different aspects of the maritime industry taking up a position as Fleet Training Officer with Northern Marine Management where he oversaw projects which included the instigation of ECDIS training and the initial STCW basic course renewals for the entire managed fleet. He then decided to go back to sea and worked offshore for Swire Pacific as a bridge officer before moving on to be a project safety officer with Royal Caribbean. The key threads throughout his career so far in the maritime industry have been training and safety which he is now embedding in his work with future technologies. His current position as USV Policy and Public Affairs Advisor within Fugro sees him leading the regulatory affairs for the company's new autonomous ships and developing the human / machine relationship by reshaping the workforce's skill set to enable safe operations that are reaching their fullest potential. 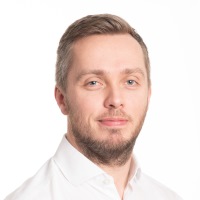 Alastair graduated as a Bachelor of Science in Geographic Information and Mapping Sciences from the University of Glasgow. After that he worked as a land surveyor in the UK for 2 years He then moved to Fugro and worked as a Hydrographic Surveyor in Perth, Western Australia.
Moving back to the UK in 2010 he continued working with Fugro, out of Aberdeen, in a variety of positions offshore until moving onshore in 2018 as Director Positioning & Construction Support for Europe. In 2019 he was also made responsible for all remote Operations throughout the Europe Africa region in his additional role of Director Positioning & Construction Europe.
Alastair is also a Member of the Chartered Institute of Civil Engineering Surveyors.
Presentation