Sea cucumbers to help aquaculture out of an environmental pickle

A team of aquaculture researchers is exploring how the use of sea cucumbers could help minimise the environmental impact of fish farming.
Blue Remediation has secured a funding package from the UK Seafood Innovation Fund, with additional support from the Sustainable Aquaculture Innovation Centre (SAIC), to conduct a feasibility study that will assess the efficiency of sea cucumbers in absorbing aquaculture biomass.
Bioremediation  the process of using living organisms to remove pollutants and toxins  is a method commonly used in agriculture to restore polluted soil. By introducing sea cucumbers, which will feed on fish faeces and excess food, to seafood farms it is hoped the natural recyclers could help to minimise the impact of waste on the seabed.
While the approach has already been proven in Asia and Chile, the role of sea cucumbers in Scottish and European aquaculture is yet to be fully tested. As part of the project, the researchers will build a computer model that integrates with existing NewDEPOMOD software, which is widely used by the sector to predict the impact of fish farm secretions.
Testing a number of variables, such as sea cucumber absorption efficiency and benthic waste accumulation, the project aims to find the optimum conditions and quantities that producers could then introduce to minimise the impact of waste.
Soizic Garnier, co-founder of Blue Remediation, said: "Managing and minimising the environmental impact of aquaculture is crucial for supporting the sectors growth. Alongside the extensive regulatory frameworks that are in place, we have identified a possible natural solution that could absorb some of the waste that is inevitably produced by fish and the process of feeding them.
"Using sea cucumbers in Scottish waters has great potential, but there are still a number of questions that we need to find the answers to. This study and subsequent live trials will help to determine the impact of integrating different species, any impact on wild cucumbers, as well as monitoring the health and wellbeing of the sea cucumbers, including disease control.
"Sea cucumbers are considered a delicacy in Asia and can fetch up to $3,000 per kilo, so there may also be added value in mainstream sea cucumber cultivation, hand in hand with the environmental benefits.
The experimental part of the project will be carried out in collaboration with Scottish Association for Marine Science (SAMS) led by Dr Georgina Robinson with support from the science team. Initial testing is expected to last for three months using eighteen Scottish sea cucumbers with a variety of diets to represent how cucumbers would behave in a real-world fish farm environment. Sediment has been provided by Mowi, coming from its Loch Leven site, and salmon faeces from the University of Stirlings Institute of Aquaculture to mimic the natural ecosystem.
Blue Remediation was set up by a team of four PhD students from the University of Strathclyde and Heriot-Watt University, who last year took part in a mentoring programme led by Women in Scottish Aquaculture (WiSA) to help formulate their project ideas.
Heather Jones, CEO of SAIC, added: "There is a real opportunity to build sustainable aquaculture systems in Scotland that will support the worlds increasing demand for protein. With research projects exploring cost-effective, data-led methods, such as using sea cucumbers, we could transform the sectors approach to waste management. Integrated multi-trophic aquaculture is still in its infancy in Scotland, but could be a valuable, sustainable, circular method of ensuring resources dont go to waste. 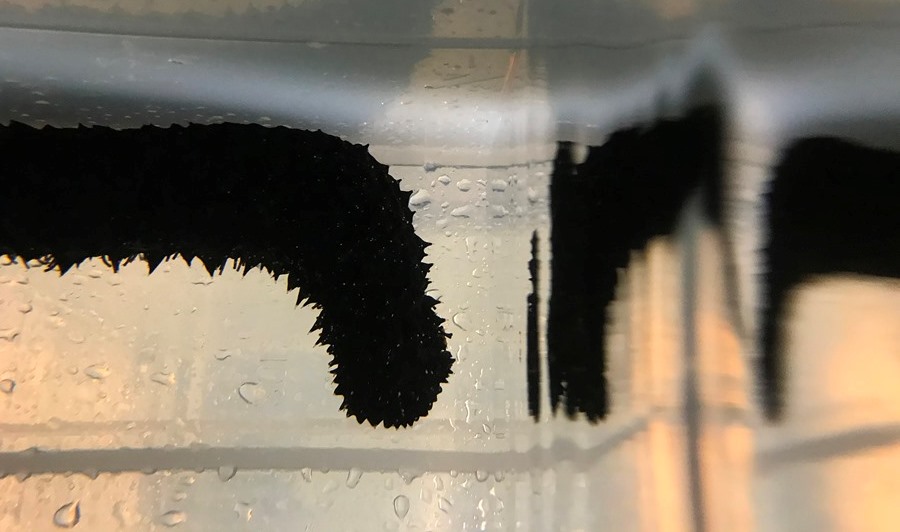