SMD: Looking for Career Fulfilment? Engineering is on the Cards

View all news from: SMD
View directory entry for: SMD

For many students, going to university or higher education is not merely about the pursuit of learning. Whether young adults choose to go to university or pick up an apprenticeship, the experience and learning elements are usually secondary to the main, silent motivator: seeking a satisfying career. People want to prepare for a profession that will entice them for years to come; a job that will be more than the usual nine-to-five.
In short, they are seeking fulfilment.
But when it comes to considering these personally-enriching jobs, the answers are usually quite predictable. Teaching. Police officers or firefighters. Childcare. Professions in which one can quantify how they are helping others and improving their lives. Humans thrive on supporting each other, and it is these types of support-and-carer roles that people often aspire to in order to give back. Its not enough to merely tick a corporate to-do listpeople want to feel like they are making a difference.
There are a number of jobs that can truly make a difference to the world that many students may not have considered, however. For example, engineering has made the top ten list of most satisfying jobs in the world!
So, what makes engineering such a fulfilling job, and should you be adding the career path to your list of possible future professions?
Seeing something from start to finish
In order to delve into the sense of achievement engineers are privy to, we spoke to Michael Van Zwanenberg, a principal engineer at Curvetech and part of SMDs subsea engineering company. What is it about an engineering career that can tick the all-important need for fulfilment?
"I like the client contact on new projects and helping them go from a blank sheet of paper to a working system, Michael explains. "Its the bit that really gives me the buzz; its the way that we can take these Curvetech subcomponents and build them up into a complete system.
Seeing something go from an idea to a fully-realised item is something we can all appreciatewho doesnt feel successful when they complete a project, whether it is at work or an at-home hobby? With a career in engineering, workers encounter that feeling every day.
Helping others
But its not only about helping ourselves. As previously mentioned, the most fulfilling careers are often predicted based on a sense of achievement not only for yourself, but in aiding others too. According to Michael, this is something that he encounters often in his job, helping to embellish the overall feeling of success:
"The client concentrates on their specialism to make the best machine they can, and Curvetech enables them to do that, he says. The understanding that a successful project is not only a win for himself in terms of displaying engineering skill but is a win for his client and their expertise, helps to combine both a personal fulfilment and a sense of helping others with their goals.
Helping the environment
Of course, in the modern day, helping and supporting environmental efforts is also key to many workers sense of fulfilment in their job. More and more people are becoming empathetic to the plight of the environment, and prospective graduates and employees are looking for roles whereby their values align with their employers. We asked Michael for a sneak-peek into some of Curvetech and SMDs environmental victories that he is personally excited about:
"The electric ROV, theres lots of new development gone into that, and there are spin-outs there that were already using across our fleet of SMD vehicles, says Michael. "But not just on the ROV side of things; this technology is also being used on our larger trenching and ROVs for the wind industry. Its making the vehicles simpler, more robust, and more cost-effective.
Seeing technology being developed not only for subsea utilisation, but also for green projects such as wind energy is certainly an appealing prospect.
When it comes to choosing a career path, there are a few basics that everyone wants to cover: money, interest, and fulfilment. Could engineering be the career path for you? 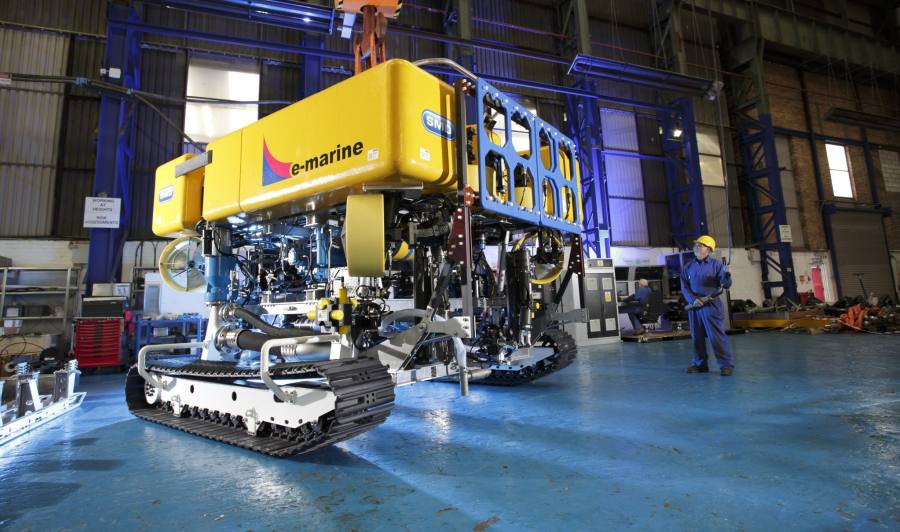