Survey company HydroSurv has developed two game-changing autonomous surface vessels (USV) that are predicted to reduce the cost of offshore surveys and inspections at sea by up to 60%.
Exeter-based HydroSurv worked closely with the Offshore Renewable Energy (ORE) Catapult and project partners Reygar and Core Blue as part of an Innovate-UK funded project to develop its USVs. The project supported the companys journey to market by accelerating their Technology Readiness Level (TRL) from 3, experimental proof of concept, to 7, prototype demonstration in an operational environment.
The REAV-16 and REAV-40 autonomous vessels can use a range of sensors and task-orientated payloads to deliver efficient survey and inspection in the offshore wind sector. ORE Catapult supported HydroSurv in its technology development by gathering user requirements and providing engineering design on the launch and recovery structures. In conjunction with other projects, this      has led to a 10-fold increase in HydroSurv employees, since the start of the project in 2018 to around 20 expected by summer 2021.
David Hull, Founder of HydroSurv, said: "Our mission is to democratise ocean data with a focus across four key sectors which can gain the most from maritime autonomous systems. Supporting offshore survey and inspection with fully-autonomous survey vessels like REAV-40 could become commonplace, and as the offshore wind sector extends its reach further offshore, survey industries will have to adapt to satisfy industries future needs - including decarbonising survey, improving safety and delivering accurate, reliable and repeatable data at a reduced cost.
Chris Huxley-Reynard, MD of Reygar commented: "In order to overcome the control-system challenges facing the next generation of unmanned survey vessels, we have drawn on a decades experience developing cutting edge low-emission, safe, and cost-effective offshore wind vessel monitoring and control system technologies. The wealth of offshore wind operational data we have gathered has informed this work. We are delighted to work with HydroSurv to shape the future of unmanned offshore surveying.
Chris Hill, ORE Catapults Operational Performance Director, added: "Robotic and autonomous systems technologies, like HydroSurvs USVs, will play a crucial role in the UKs transition to Net Zero and represent a huge opportunity to leverage its world-leading role in offshore wind, using its advanced robotics and autonomous systems sector to develop solutions for a global market.
"The development of these technologies in the industry also creates more opportunities to remove technicians from dangerous offshore working conditions, with a move to remote operations onshore.
The UKs offshore wind industry recognises the need to reduce its carbon footprint, especially if its to meet the Governments Net Zero targets by 2050. Autonomous vessels offer a greener solution to the conventional offshore vessels currently used by the sector, which can be large contributors to carbon emissions.
HydroSurv has embedded this into its Robotics-as-a-Service business model with a carbon elimination and trusted offsetting initiative developed into the digital architectures that serve data to end users, as part of HydroSurvs pledge to achieve carbon neutrality by 2025.
ORE Catapult has also awarded HydroSurv Powered By status  a mark independently recognised by the Catapult, highlighting high-growth potential SMEs that are developing game-changing products or services for the offshore renewable energy market. 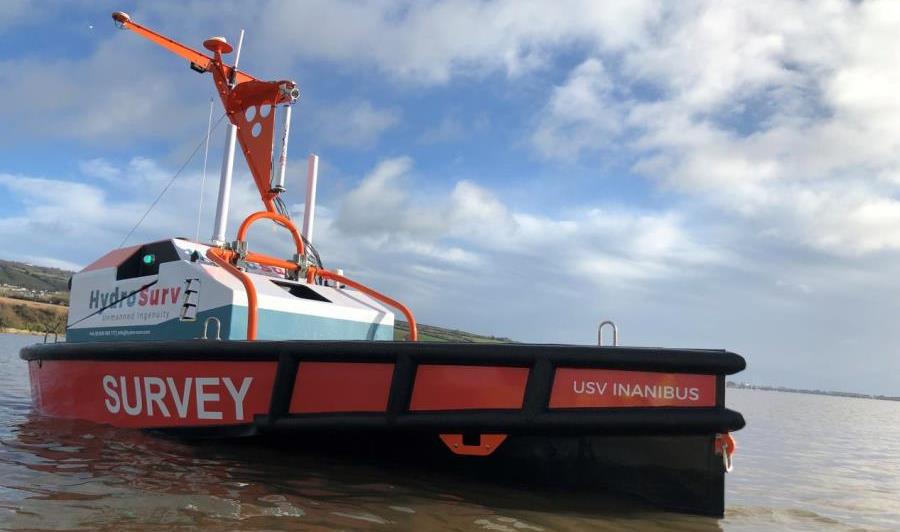