This event has concluded. The recording is available below.

Click the button above to watch this recording in full.

You can also view the other recordings in the Subsea Live! series:

Subsea Live explored the depth of opportunities for the subsea supply chain in the energy transition and the blue economy.
With sessions including expert panelists live from the Subsea UK television studio, Subsea Live provided insight, analysis and debate around how the supply chain can grasp the opportunity presented by the journey to net-zero and harnessing the resources from our oceans.
SUPPORTED BY

Analysts and experts from government and industry explored and debated the near-term and longer-term opportunities and how the supply chain can gear up to pursue them.
PROGRAMME 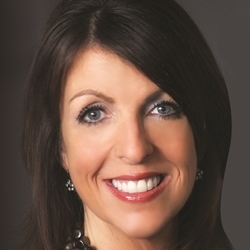 KIRSTIN GOVE | HEAD OF COMMUNICATIONS | STEP CHANGE IN SAFETY
Kirstin Gove is as a former STV News Anchor and broadcast journalist who has worked in the Scottish media industry for more than 25 years and since 2018, has been the Head of Communications at Step Change in Safety, the not-for-profit safety body for the UK oil and gas industry. She is a seasoned event host, panel chair and MC. 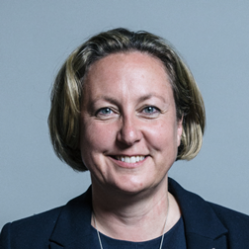 Anne-Marie Trevelyan was appointed as Minister of State (Minister for Business, Energy and Clean Growth) at the Department of Business, Energy and Industrial Strategy on 8 January 2021. Anne-Marie was appointed as the UK International Champion on Adaptation and Resilience for the COP26 Presidency on 7 November 2020.
Previously Anne-Marie was the Secretary of State for International Development from February to September 2020. She was Minister of State for the Armed Forces from 17 December 2019 to 13 February 2020, and Minister for Defence Procurement from 27 July 2019 to 16 December 2019.
SPEAKERS

As industry increasingly focuses on energy transition and the blue economy, we heard from speakers including Ørsted, Baker Hughes, the UK Marine Energy Council, and Subsea UK. 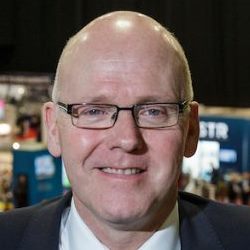 NEIL GORDON | CEO | SUBSEA UK
Neil has over 25 years' management experience in director and business development roles, combined with over 15 years in the subsea industry. Prior to joining Subsea UK, he spent four years managing the National Hyperbaric Centre which included project-managing saturation diving operations and hyperbaric weld trials. He has experience working in India, Middle-east, Africa and Brazil and has worked with the Oil and Gas Producers diving operations sub-committee on client representative training and competency for subsea projects. He was also an active member of the IMCA diving safety, medical, technical and training committee. 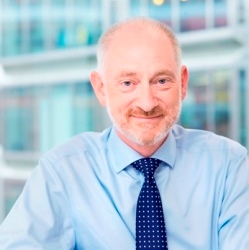 BENJ SYKES | HEAD OF MARKET DEVELOPMENT, CONSENTING AND EXTERNAL AFFAIRS | ØRSTED
Benj leads Ørsteds UK team responsible for business and pipeline growth, setting and delivering sustainability and environmental agendas, and overseeing the companys relationships across government, authorities and NGOs. Benj previously co-chaired the Offshore Wind Industry Council (OWIC), and led the work to agree the Offshore Wind Sector Deal to support the continued growth of the sector. He has also served as Chair of the Board of G+, providing Health and Safety leadership for the offshore wind sector, and served on the government-appointed Advisory Panel on Highly Protected Marine Areas. He continues to work with OWIC, chairing the Pathways to Growth programme to address the barriers to the offshore wind sector achieving its full potential. 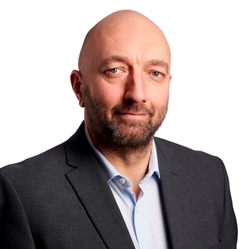 NEIL SAUNDERS | EXECUTIVE VP (OILFIELD EQUIPMENT) | BAKER HUGHES
Neil has over 25 years' experience in the upstream oil & gas industry. He previously served as President & CEO, Subsea Systems & Drilling for GE Oil & Gas, where he was responsible for all product lines, systems and global operations of the business unit. Prior to that, he was senior VP for Subsea Production Systems. Neil is a Chartered Engineer and a Fellow of Marine Engineering, Science and Technology. He earned a Master of Science degree in Subsea Engineering from Cranfield and Heriot-Watt Universities and a Master of Business Administration from Henley Management College. 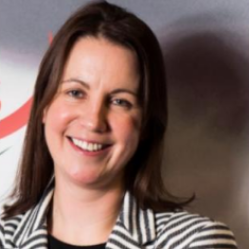