JFD, the world leading underwater capability provider serving the commercial and defence diving markets and part of James Fisher and Sons plc, has developed a fibre optic video and voice communications network upgrade to the NATO Submarine Rescue System (NSRS) and is waiting to conduct sea trials of the system. For the first time, the system will provide visual communications between the submarine rescue vehicle, the dive supervisor and the bridge commander, all from the vessel deck. This offering combines the heritage of JFD with the fibre optic technology from Fathom Systems (part of JFD), a leading provider of diver communications, for the UK Ministry of Defence (MOD).
This new system has been specifically designed and built to allow the command team on the surface, notably hyperbaric doctors, to monitor and initially assess rescuees in the rescue chamber from the moment they leave their host submarine. Using high quality video and audio, the rescue forces on the surface will be able to communicate directly with the rescuees and onboard attendants prior to the ascent to the surface as well as preparing the transfer under pressure (TUP) complex for their arrival and treatment with predetermined information on their health and status. The ability to prepare the TUP, allowing treatment to be ready, increases the chances of survival. It will allow for swift processing of patients into the TUP complex enabling a faster turnaround time for the submersible to undertake further rescue cycles.
Danny Gray, JFD Managing Director, stated: "This is an example of the commitment by JFD to not only provide the required levels of support on the NSRS contract, but to continually strive to enhance the systems capabilities with technology upgrades. We are looking forward to the equipment being tested and proven thoroughly at sea trails.
The communication upgrade is a small diameter fibre line which provides minimum encumbrance to the Submarine Rescue Vehicle; unlike a tethered rescue vehicle, it has a negligible impact on its ability to manoeuvre and mate in high currents or shallow depths.
Through Fathom Systems, JFD was able to utilise their experience in underwater communications to further support their customer by adapting and enhancing the systems current capability and by continuing to innovate in the submarine rescue domain. In parallel, JFD has also been progressing the build of three submarine rescue vehicles for prominent navies, due for delivery 2021 and 2022, alongside operating five of the worlds submarine rescue systems.
The initial five-year contract for the provision of the NSRS by the MOD was extended to 2023, demonstrating the customers confidence in JFDs ability to operate and maintain the system, which encompasses all aspects of NSRS operations and through-life-support. As part of this agreement, JFD continues to work with the authority to develop the system ensuring the highest safety standards are always achieved. 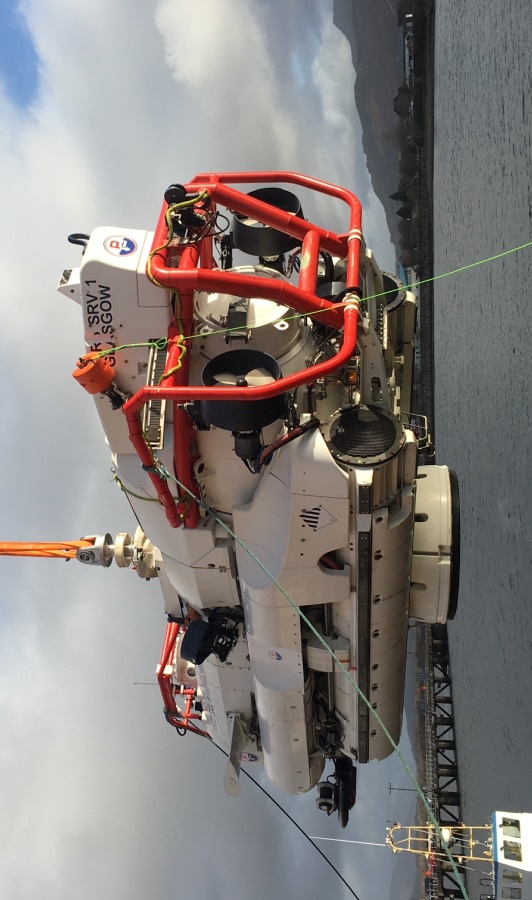