JFD, the world leading underwater capability provider serving the commercial and defence diving markets and part of James Fisher and Sons plc, has been awarded a contract, in excess of £20million, by the UK Ministry of Defence (MOD) to be the provider of a novel capability support contract for the Astute class submarine.
The four-year contract, which has a one-year extension option, was awarded through competitive tender and commenced 1 June 2021. It is a long-term support contract to provide equipment-level in-service support including core and non-core tasking, and the provision of spares.
JFDs main capability areas bring focus to the provision of this contract combining expertise for both onboard and offboard systems which demands a high level of through life support to ensure the capability is ready for operations; this is at the core of JFD.
The contract will be managed out of JFDs Capability Support Hub located a short distance from HMNB Clyde. This unique facility possesses all the support capabilities required to ensure a guaranteed service to the UK Royal Navys submarine fleet. JFD has partnered with RB Safety Consultants (RBSC), a medium-sized consultancy with an outstanding reputation in the submarine enterprise for providing assurance oversight.
Richard Dellar, JFD Managing Director, commented: "I am delighted to be able to comment on this first for JFD, as navies around the world continue to rely on JFD to manage and maintain critical life support assets at exceptional levels of availability. Supporting our defence customers through long-term strategic partnerships is JFDs core business. Our global pedigree, together with our detailed knowledge, experience, and understanding of the capability has allowed us to prepare a carefully considered and innovative offer which will deliver a tailored fit-for-purpose solution, driving best value to all stakeholders.
Pictured (below) is HMS Ambush returning to HMNB Clyde in Scotland.
Ambush, second of the nuclear powered Astute Class attack submarines, was named in Barrow on 16 December 2010 and launched on 5 January 2011.
The seven Astute Class boats planned for introduction to the Royal Navy are the most advanced and powerful attack submarines Britain has ever sent to sea. Featuring the latest nuclear-powered technology, the vessels will never need to be refuelled and are capable of circumnavigating the world submerged, manufacturing the crews oxygen from seawater as she goes.
The Astute Class are also quieter than any of her predecessors and have the ability to operate covertly and remain undetected, despite being fifty percent larger in size than the Royal Navys current Trafalgar Class submarines.
@Crown copyright 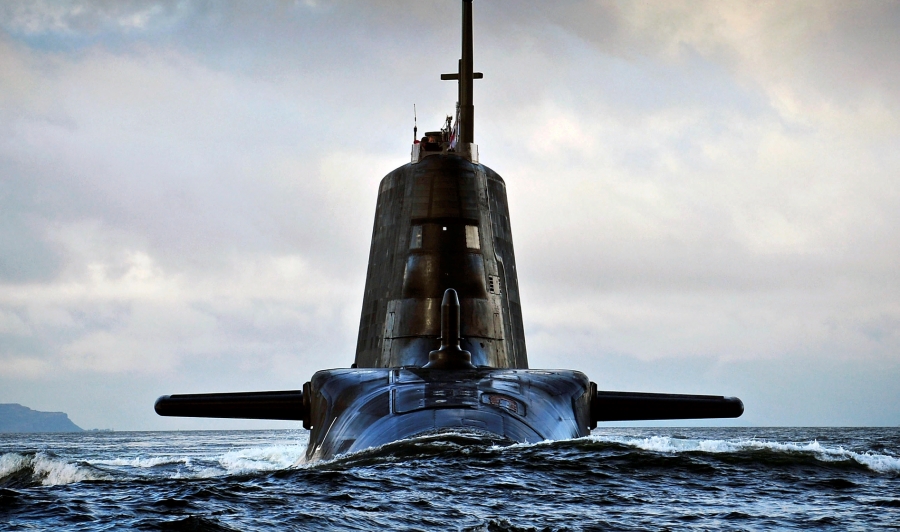