Neptune Energy today welcomed an announcement by the Netherlands Enterprise Agency (RVO) to award a subsidy to the PosHYdon project, the world's first offshore green hydrogen pilot on a working platform.
The subsidy was awarded under the RVOs Demonstration Energy and climate Innovation (DEI+) scheme, which invites funding applications for investments in renewable energy developments, including hydrogen pilots.
PosHYdon, which will be hosted on the Neptune Energy-operated Q13a-A platform, aims to validate the integration of offshore wind, offshore gas and offshore hydrogen in the Dutch North Sea. It will see the installation of a green hydrogen-producing plant on the Q13a-A platform. The plant will convert seawater into demineralised water, then into green hydrogen via electrolysis, which will be blended with natural gas and transported to shore via an existing pipeline.
Neptune Energys Managing Director for the Netherlands, Lex de Groot, said: "We welcome the award of this subsidy and look forward to progressing with this exciting project on our Q13a-A platform. PosHYdon will provide the insights necessary to develop large scale green hydrogen production at sea.
"The Dutch North Sea sector has an exciting future as a new energy hub and can play a leading role in large-scale green hydrogen production for north western Europe, given its infrastructure that connects offshore with onshore. The integration of energy systems supports net zero goals in a smart, efficient, and cost-effective manner and without disturbing existing sea ecosystems.
"The extensive infrastructure network is connected to international grids and can easily accommodate wind farms further out at sea by converting the production of green electricity into green hydrogen and transporting it to the grid onshore. PosHYdon will be the key to making this happen and we are excited to consider future opportunities that the pilot can help unlock.
Today marks the formation of the new PosHYdon consortium, comprising Neptune Energy and partners with expertise in offshore wind, green electricity generation and hydrogen transportation.
The Q13a platform was the first fully electrified platform in the Dutch North Sea, and is located approximately 13 kilometres off the coast of Scheveningen (The Hague). Its location and existing connections to transportation infrastructure make it an ideal host for the PosHYdon pilot. Photo credit: Neptune Energy. 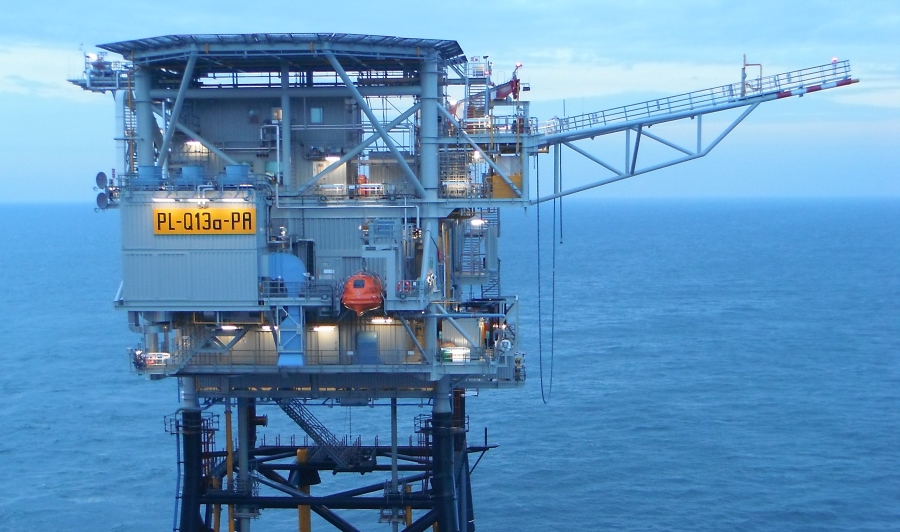