A new study has discovered that the Transpolar Drift, a strong surface current in the Arctic Ocean, is more variable than was previously known. With the Arctic currently changing at unprecedented rates, this discovery could impact future predictions for climate change and the worlds rising surface temperatures.
Scientists from the National Oceanography Centre (NOC) and Alfred Wegener Institute (AWI), collaborating within the Advective Pathways of nutrients and key Ecological substances in the Arctic (APEAR) project, used high resolution, realistic ocean and ice model simulation, alongside satellite observations to compare the flow of two sets of particles starting from the same location. A key observation indicated that there were differences in terms of the length of time the particles took to drift across the Arctic and how quickly they spread out from the Transpolar Drift. These key differences were due to the resolution of the flow that was used.
The wider implications of this discovery mean that the climate models currently used by the Intergovernmental Panel on Climate Change (IPCC) may have too low a resolution to ensure confident projections of the future changes in the Arctic Ocean. The variability of the Arctic Oceans currents means this study could not only affect predictions on ocean temperature and carbon dioxide, but also has the potential to help improve the prediction of climate extremes worldwide.
The study has also discovered that in certain years, the pattern of ocean currents changes such that the pathway from the East Siberian Arctic Shelf may become disconnected from the Atlantic Ocean and the Eurasian Basin of the Arctic.
Dr Chris Wilson, Physical Oceanographer from the National Oceanography Centre commented: "The Arctic is changing at unprecedented rates and is warming twice as fast as the global average in recent years.  This study is of particular significance to our predictions into new aspects of The Arctic, as well as the global climate. It also provides us with crucial insight into how we can continue to develop and improve our future predictions of the Arctic environment. 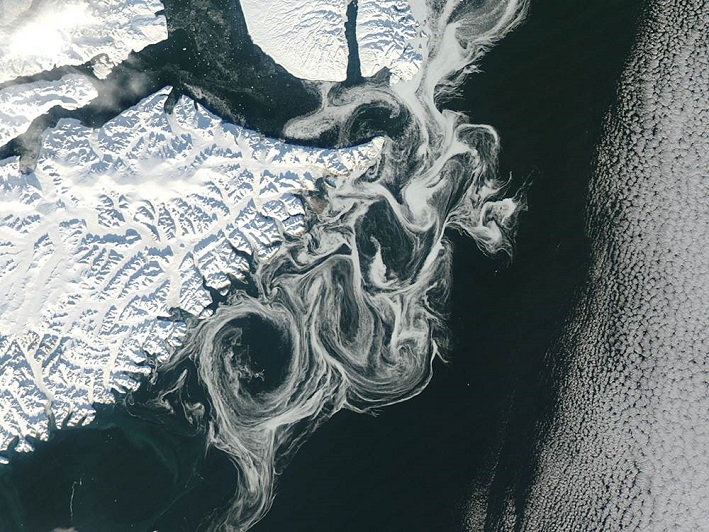