Boskalis Subsea Services has signed a new deal to remain the principal partner of Aberdeen FC Women as they embark on their new season in the top-flight of womens football in Scotland.
The Westhill based offshore construction company has supported Aberdeen FCs womens team for the last two seasons, during which they achieved back‐to back promotions. With the side now competing in Scotlands top league, SWPL1, Boskalis has renewed its partnership with the Club.
As principal partner of Aberdeen FC Women, Boskalis Subsea Services has assisted the Club in its pursuit of success on the pitch and helped elevate the womens game in the North‐east, encouraging those with a passion to play, and making football inclusive for all by promoting a professional pathway in the sport.
Jane Barney, Finance Director at Boskalis Subsea Services, is delighted to extend the companys support for Aberdeen FC Womens team at this exciting time. She said:
"At Boskalis Subsea Services we aim to create new horizons not only in our business endeavours but for our communities and, through this partnership in particular, for young women in sport.
"As a company that is committed to success through a can‐do approach which is fast‐paced and adaptable, and to diversity and inclusion, we are thrilled to align ourselves with a team that demonstrates our values so unambiguously.
Rob Wicks, Aberdeen FC Commercial Director, added: "We are extremely proud of the success our Womens team has delivered in recent seasons. To have achieved back‐to‐back promotions is testament to the hard work of our coaches and players and we now look forward to competing in the top tier of the womens game in Scotland.
"The financial contribution from Boskalis Subsea Services over the past two seasons has been invaluable and their support has enabled the Club to continue to make much‐needed investment in the Womens team, both on the pitch and behind the scenes.
"SWPL 1 will be fiercely competitive, and we look forward to further building our relationship with Boskalis Subsea Services. They recognise the importance of womens football and have a desire to play a major part in increasing both visibility and accessibility around the game. 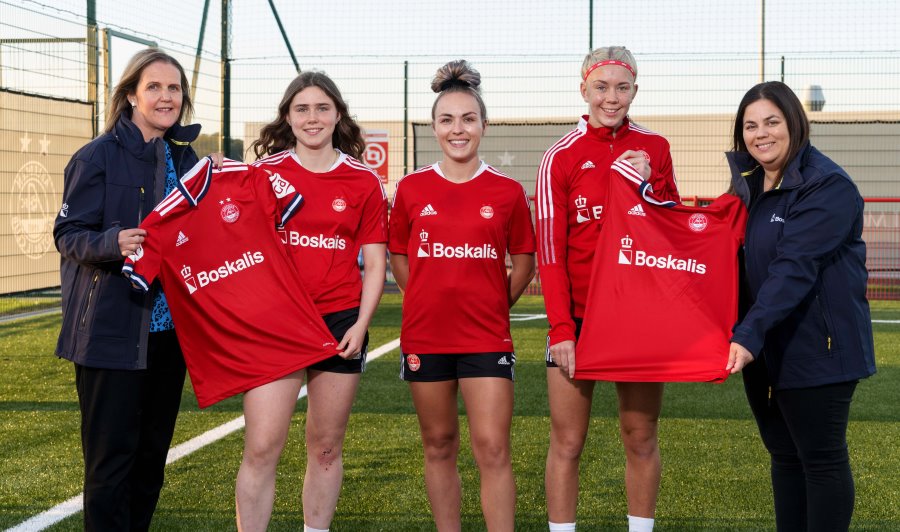