This event has concluded. Presentations are available to download below.

This project, supported by First Marine Solutions and Morek, investigated the design requirements for mooring and anchoring systems in UK FOW projects and carried out a state-of-the-art market review. The project also assessed the future demand for components and services out to 2050, and the readiness of the supply chain to deliver against this. The work was introduced at a previous webinar held earlier in 2021.

To coincide with the release of the public report FOW Mooring and Anchoring Market Projections the FOW CoE shared the project outcomes with the supply chain and wider industry, and provided an overview of the follow-on project work planned which is a technology development and qualification programme. 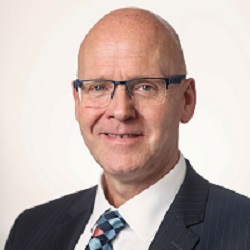 With over thirty-years management experience Neil was appointed as chief executive of Subsea UK in 2011 which subsequently transitioned into the Global Underwater Hub in 2021. During this time, he effectively led the self-sustaining organisation through both its most challenging and most successful periods. During his stewardship, the organisation has taken a leading role in discussions with political and industry stakeholders about the future of the industry and the support required to maintain the UKs world-leading position.
Under his leadership, the subsea industry has transitioned to become recognised as a stand-alone industry operating in diverse sectors, including oil and gas, offshore wind, marine renewables, defence, ocean science, subsea mining and aquaculture. He has effectively negotiated and delivered partnerships and alliances with industry bodies and government agencies in the key sectors, across the UK and around the world.
His early career involved managing and developing businesses, some which he owned and also worked offshore as a commercial diver. Prior to joining Subsea UK, he spent four years managing the National Hyperbaric Centre building a strong credible reputation working and developing with the subsea sector throughout the world including India, Middle east, Africa and Brazil.
Speakers 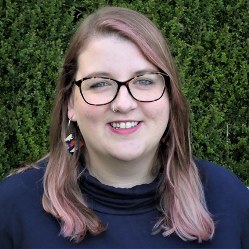 Ellen Jump is a Project Engineer within the ORE Catapults Floating Wind and Turbines team. Ellen is currently technically responsible for a number of the Floating Offshore Wind Centre of Excellence projects, including workstreams in mooring and anchoring systems, and dynamic inter-array cabling. Ellen has been with ORE Catapult for three years  first working across a range of tidal and wind energy projects before joining the Floating Wind team in 2020. Ellen has an MEng in Mechanical Engineering from University of Glasgow, and spent several years working in manufacturing R&D prior to joining the renewables industry. 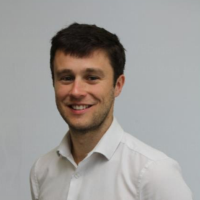 Alistair Lee, Engineer, ORE Catapult
Alistair Lee is an engineer in the Floating Offshore Wind and Turbines team at the ORE Catapult. As a Naval Architect and Ocean Engineering graduate from the University of Strathclyde, Alistair has been involved with academic aspects of floating wind as well as the commercial side, with both his bachelors and masters projects being based in floating wind. Since graduating, Alistairs experience has stayed in renewables, seeing him working in data analysis of offshore wind, floating tidal and now working with the Floating Wind Centre of Excellence, specialising in anchoring and moorings. 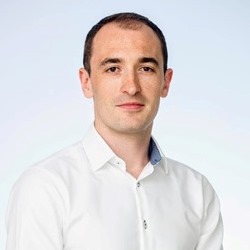 David Keane, Offshore Wind Engineering Team Lead, ESB
David Keane (CEng MIEI) works in the role of Offshore Wind Engineering Team Lead within the Engineering and Major Projects directorate within ESB. Davids role involves leading the identification and technical development of fixed and floating offshore wind projects in both Ireland and the UK as well as providing technical due diligence support for project acquisitions.  Davids prior experience relating to offshore wind was working for DNV in the UK where he was involved in a diverse range projects located across Europe. David has further experience working on the development of large scale onshore energy and infrastructure projects. David has an undergraduate degree in Civil, Structural & Environmental Engineering from Trinity College Dublin and a postgraduate masters from Newcastle University in the UK. He was awarded the title of Chartered Civil Engineer through the Institution of Civil Engineers and is a full Member of Engineers Ireland.