Neptune Energy today announced the completion of a first-of-its-kind collaboration with Environmental Defense Fund (EDF) to measure methane emissions on a working UK offshore platform using advanced drone technologies. Methane is the primary component of natural gas and is a potent greenhouse gas.

Fixed wing and rotary drones equipped with methane-sensing equipment were deployed for the study on the Neptune-operated Cygnus gas production facility in the UK Southern North Sea, to assess advanced methods for identifying and quantifying facility-level offshore methane emissions, and actions to reduce them. The results of the study will be published in a scientific peer-reviewed paper in 2022.

A key objective was to establish an accurate, scientific benchmark for measuring total methane emissions within an offshore environment to help develop best-practice approaches for the wider upstream industry.

Tackling methane is a key topic of discussion at the COP26 event in Glasgow this week, with an increasing focus on how the oil and gas industry can employ existing technologies to reduce operational emissions of the potent greenhouse gas.

Neptune Energys VP Operations Europe, Pete Jones, said: "The abatement of methane emissions will be crucial in meeting the Paris Agreement goals and, given the short lifespan of methane emissions, we know that taking meaningful action today can bring positive results in as little as nine years. Neptune already has one of the lowest methane intensities in the sector, at 0.01%, compared with the industry average of 0.23%, and has set a target of net zero methane emissions by 2030.

"Proactive action by the UK offshore industry including the reduction of flaring and venting contributed towards a 11% fall in upstream GHG emissions between 2018 and 2020. By using advanced, existing technologies and novel approaches such as those employed in this latest study, the UK sector can continue to lead the way in driving down methane emissions from oil and gas operations.

In parallel, an unmanned fixed-wing drone carrying methane measuring and analytics technology provided by SeekOps was flown from Weybourne Airfield in Norfolk to the Cygnus platform. Operated by Flylogix, the aircraft circled the facility, starting at a point above the platform and reducing incrementally to just above sea-level, recording the total volume of emissions. Covering a total of more than 313 miles, the operation was believed to be one of the longest of its kind to be carried out in the UK North Sea.

Flylogixs Executive Chairman, Charles Tavner, said: "The study demonstrates how the best of new technology can be harnessed and deployed to tackle the challenge of reducing methane emissions. Using a long-range, fixed wing unmanned system mobilised from the shore provides accurate measurement and quantification and reduces the cost, risks and environmental impacts associated with taking people offshore.

Neptune was the first independent E&P to sign the Climate and Clean Air Coalitions Oil and Gas Methane Partnership (OGMP), which is led by the UN Environment Programme in partnership with the European Commission, UK Government, EDF and over 70 oil and gas companies.

"Data transparency is paramount, said Mark Brownstein, EDFs Senior Vice President for Energy, "Oil and gas companies have made commitments to tackle emissions, but you cant just assert strong environmental performance. You must show it. Having credible data is the first step and we recognise Neptune Energy for valuing emissions reporting that is based on rigorous science.

Global investment firm, Carlyle, a shareholder in Neptune Energy, is supporting and observing the project to help drive research learnings and improve standards. 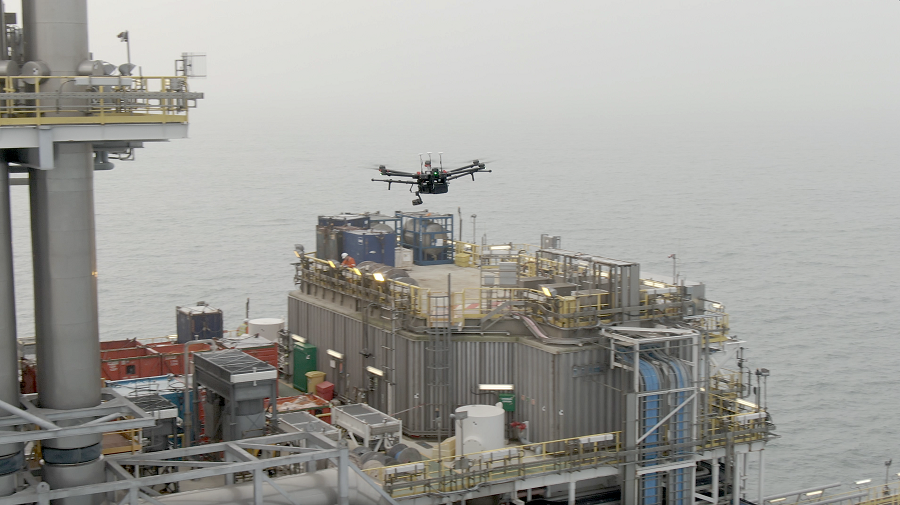