The National Oceanography Centres Chief Executive, Professor Ed Hill, received the insignia of a CBE at an investiture at Windsor Castle held by HRH the Duke of Cambridge. Professor Hill was awarded the CBE in the Queens Birthday Honours 2020 list, in recognition of his services to ocean and environmental sciences.
Professor Hill has been committed to ocean exploration and observation throughout his 35-year career, and recently led the National Oceanography Centre (NOC) to becoming an independent charity. Under his guidance, hundreds of scientists, engineers, and technicians have continued to advance ocean science and technology to guide solutions and changes that impact human society, as well as supporting global efforts in addressing the challenges the world is facing, including climate change.
His career has seen him as a leading researcher and chief scientist, undertaking over 20 expeditions at sea studying water circulation on continental shelves. He has served on numerous national and international advisory bodies and is a key source of expertise to the UK government. He was appointed OBE in 2010 for services to environmental sciences.
Commenting, Professor Ed Hill, said, "I am delighted and honoured to have received this award, and I remain dedicated to raising the profile of the vital role the ocean plays in our world. I am pleased to represent the NOC as the need for ocean science becomes centre stage, and it is more important than ever that we come together to reverse the effects of climate change. 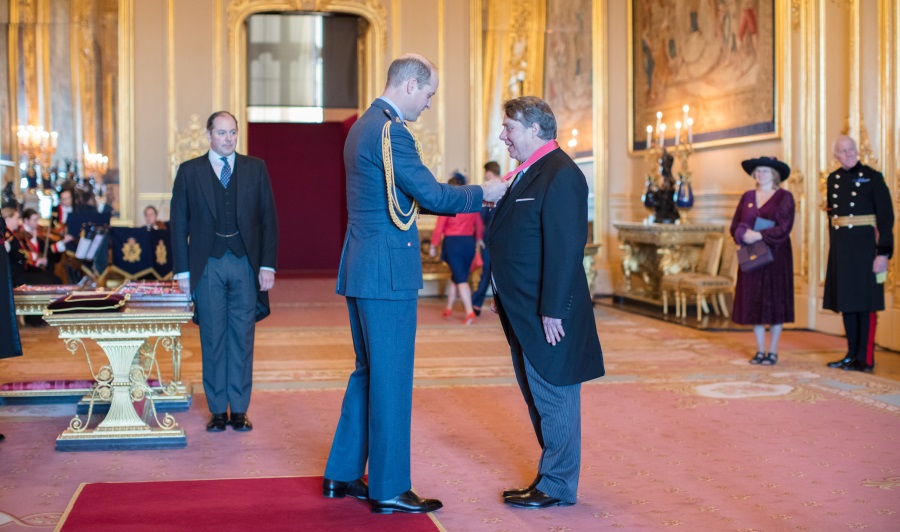