A mini boat built by students from King Edward VI School in Southampton has made its maiden voyage from the city on the world-class research ship, RRS Discovery as part of a project coordinated by the National Oceanography Centre (NOC). The Educational Passages project has seen students work together over three months after school to build the boat, equipping it with a sail and satellite tracker that will allow them and the public to follow the boats ocean journey.
Named KES Kraken by the students, the five-foot mini boat will be deployed by NOC scientists in the Atlantic Ocean during their expedition to service a collection of moorings that are helping to measure ocean currents and examine the effects on short-term weather and long-term climate. The mini boat will be one of the first to include a new sensor system which will collect data on ocean currents, weather and technology to provide students with a better understanding on the role of the ocean in climate change. If the boat lands, the students will also have the opportunity to connect with a local school and community in the boats destination, enabling them to learn more about cultures around the world.
During the project, NOC scientists also visited the school to provide talks on topical ocean and environmental issues including microplastics and climate change.
Dr B.B Cael, part of the Ocean BioGeosciences group at the NOC, said: "We really enjoyed working with this group of young students to engage them in oceanography in such a unique way. Its so important to inspire people from a young age, especially on crucial environmental issues like climate change and microplastics that they might not otherwise be exposed to in school. Were looking forward to tracking the mini boat once its deployed from the RRS Discovery and seeing where in the world in turns up.
Dr Mayor, Teacher of Physics and Junior Science Coordinator at King Edwards VI School, commented: "I hope all students involved in the project were inspired by the NOC experts who visited the school, and have dedicated their careers to science. It was also wonderful to see Sixth Form assisting younger students with the project.
The King Edward VI School project is also a collaboration between US-based Educational Passages non-profit and the wider iFADO (Innovation in the Framework of the Atlantic Deep Ocean) project team, which will see the launch of five mini-boats around the Atlantic from Ireland, Portugal, Spain, France and the United Kingdom. The production of the boat was funded primarily by part of the EU Interreg iFADO project, with additional support from the EU-funded GOCART project & the NERC-funded DIAPOD projects. 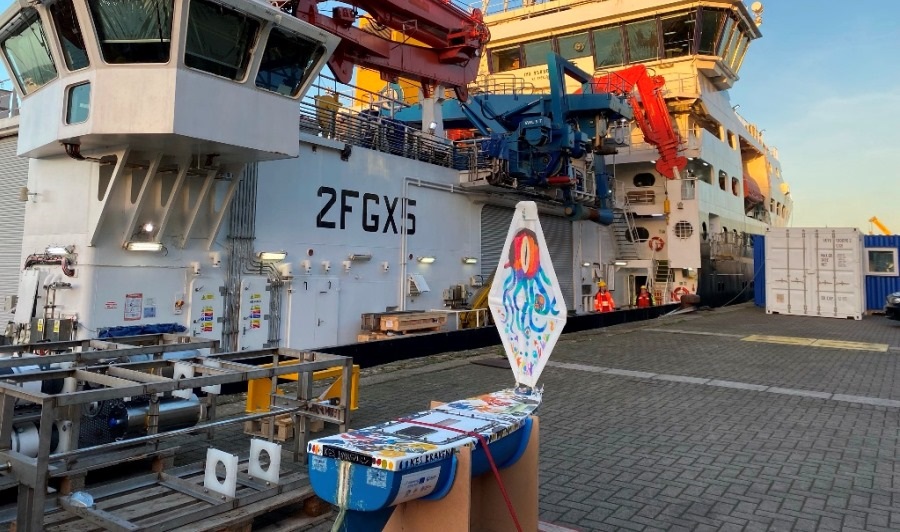