Deploying its hotly anticipated new cable trenching tool - the RS1-3 - on its first commercial assignment, Aberdeen-based subsea suspended jet trenching and controlled flow excavation (CFE) specialist, Rotech Subsea, has completed a post-lay burial campaign for a series of multiple cable joints on a major offshore wind farm in the Baltic Sea.
Mobilised from Aberdeen and deployed via offshore support vessel crane, Rotech Subseas brand new RS1-3 jet trencher completed the post-lay burial of multiple cable joints ranging from 50 - 300m long, ahead of schedule, in under two weeks, leading to savings on the overall project cost.
Speaking about the tools successful debut, Rotech Subsea Director of Subsea, Stephen Cochrane, said:
"This successful first operational deployment for our new RS1-3 tool has set a new standard for cable trenching. With maximum outlet pressure of 300Kpa on one head on the controlled flow excavator and larger flow capabilities of the other, the combined effect makes it an exceptionally effective trenching tool. This development of another game-changing tool by our in-house R&D team will further enhance Rotech Subseas reputation as leader in non-contact cable trenching.
The RS1-3, which is the latest next-generation tool to be developed by the CFE pioneer, boasts higher soil cutting capabilities than existing tools and was purpose-built for cable trenching. This project has successfully demonstrated its trenching capabilities even in stiff clay. Samples indicated undrained shear strength in excess of 100 kPa, well within the 300 kPa capabilities of the RS1-3.
The combination of high cutting capability in one head, and high soil removal rate from the other, produced progress rates of 4m/min in soft areas and 1m/min in the hardest areas, with depth of burial up to 2.5m. As it is a suspended jetting trencher, it is fully non-contact, meaning there is no risk of damage to the cable during operations.
Depth of lowering was monitored live during operations via a tool-mounted NBI sonar imager, and confirmed by separate post-burial survey using client-supplied equipment.
Operational water depths ranged from 10-40m with sea states of 0.25-1.5Hs and currents of 1 knot.
With enhanced capabilities, Rotech Subseas CFE suite of tools is firmly established as the method of choice for cable trenching in Europe and beyond. The Aberdeen-based contractors in-house research, development and engineering team has created a suite of 18 non-contact CFE, Suspended Jet Trenching tools. 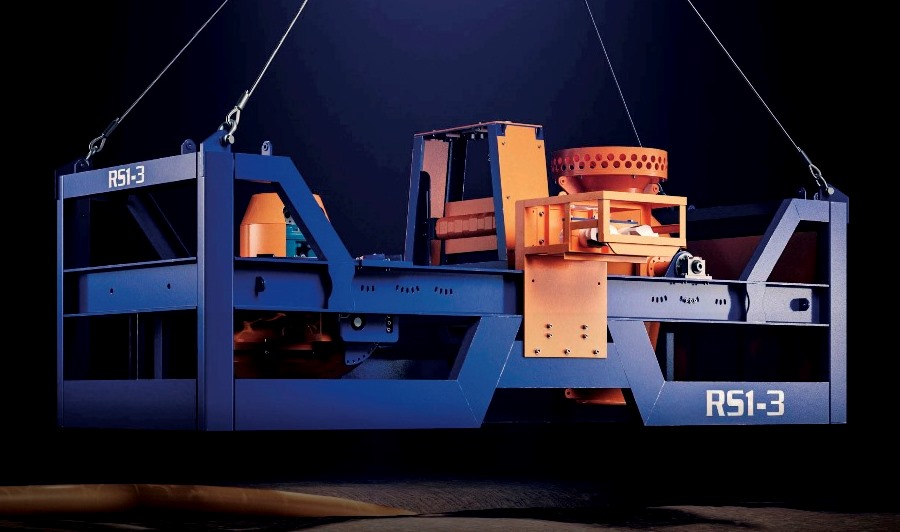