The National Oceanography Centre (NOC) has led a study to investigate gaps in knowledge of how ocean life helps store atmospheric carbon dioxide, otherwise known as the biological carbon pump.
The study, published in Global Biogeochemical Cycles, found that seasonality plays an important role in keeping carbon out of the atmosphere.
Scientists at the NOC used a model that simulates the global ocean ecosystem to explore how seasonal variation in the flux of dead organisms and waste material sinking to deeper depths affects the oceans ability to store carbon. The study found that the relative timing of spring in the surface and spring at deeper depths has a major impact on how much carbon makes it to the deep ocean where it can remain trapped away from the atmosphere for hundreds of years. Whilst there was previously evidence that this important flux varies with the season, the consequences of this seasonality have never been unexplored until now.
The research was carried out as part of four projects led by the NOC, including BATMAN (Biological Carbon Pump Assessment using the Transport Matrix Method and Global Nutrient Distributions), COMICS (Controls over Ocean Mesopelagic Interior Carbon Storage), CUSTARD (Carbon Uptake and Seasonal Traits in Antarctic Remineralisation Depth), and GOCART (Gauging Ocean Organic Carbon fluxes using Autonomous Robotic Technologies).
All projects are focused on the question of how marine life influences carbon storage by the ocean. Addressing this important topic is one of the aims of the international Joint Exploration of the Twilight Zone Ocean Network (JETZON), also led by the NOC. Linking projects from many countries, JETZON seeks to understand the Twilight Zone, the dimly lit region extending downwards to depths of 1,000m, as it is responsible for recycling around 80% of the organic material that sinks out of the ocean surface. Carbon can be stored for centuries at the oceans deepest depths, and with the UK and other countries moving towards the goal of becoming net zero there is an increasing need to understand the consequences of seasonality on the ecosystem, and what impact changes in how the ocean stores carbon. It is this that inspired the investigation of the impacts that seasonality has on the biological carbon pump.
Dr Adrian Martin, of the National Oceanography Centre, said: "Microscopic ocean plants called phytoplankton produce as much new growth each year as all land plants combined. By eating and excreting phytoplankton, other marine organisms become responsible for storing huge amounts of carbon deep in the ocean. It is also known that the growth of phytoplankton waxes and wanes with the seasons like land plants. However, although there is evidence that the activity of the phytoplankton-eaters below the ocean surface also varies with the seasons, there has been little investigation into what this means for the biological carbon pump.
"Although this phenomenon has been present in models for a number of years, no-one has ever looked more closely and asked how important it is. The next step is to is to return to the real ocean. By taking advantage of the National Oceanography Centres novel sensors and underwater robots and working with our international partners in JETZON, we can now use our findings to address the major question of how marine life in the Twilight Zone takes up and stores carbon. 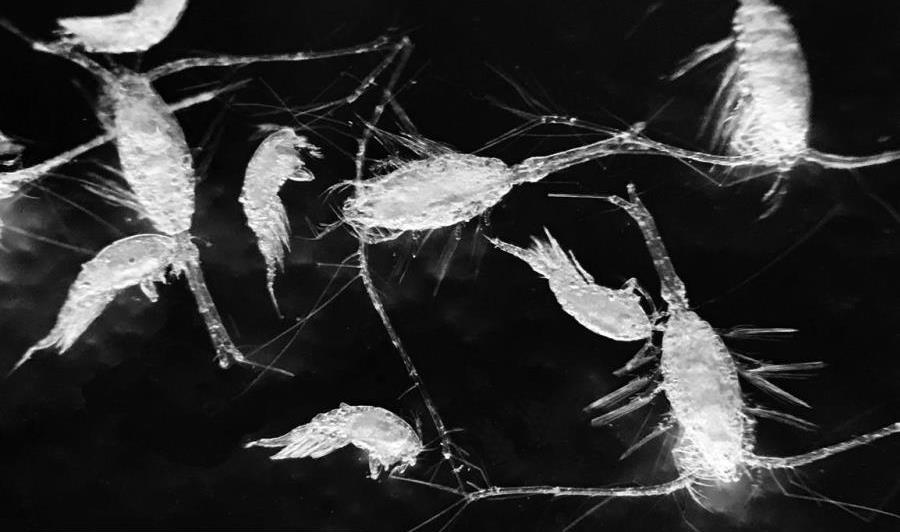