The National Oceanography Centre (NOC) has led a study to investigate gaps in knowledge of the biological carbon pump, in the hope of prioritising which aspects should be included in future climate model developments, and the observations necessary to achieve that. The study, which was carried out with experts from Imperial College, University of Washington, University of Bern and Boston College is aiming to pave the way for more accurate modelling of future ocean carbon storage.
Climate models aim to inform us about how the world will respond to climate change caused by increasing carbon dioxide in the atmosphere. A critical part of the Earths carbon cycle occurs in the ocean, where microscopic plants take up CO2 from the atmosphere and recycling of the carbon occurs through the marine foodweb. This biological carbon pump contributes to keeping atmospheric CO2 levels about 50% lower than they would be if it didnt exist, highlighting the importance to understand more about this area.
The paper finds that model predictions of how the pump will respond to climate change differ wildly, with disagreement even on whether its strength will increase or decrease. This is partly because the pump consists of a myriad of complex processes which we only poorly understand  mainly due to a lack of observations. The new research aims to prioritise those processes which are most important for future generations of models to include to narrow the uncertainty in future projections of this important planetary carbon flux.
Professor Stephanie Henson, principal scientist, from the National Oceanography Centre, said: "The biological carbon pump is a critical part of the Earths carbon cycle. If our models cant accurately predict how the pump will respond to climate change, then we may be misrepresenting the future trajectory of Earths climate. Our paper will hopefully serve as a useful assessment of where the current important gaps in knowledge of the biological carbon pump are and how the community might start to fill those gaps.
Dr Hilary Palevsky, Marine Biochemist, from Boston College, added: "By bringing together a team with expertise both in climate model simulations and observational measurements of the biological pump, we were able to not only identify the most important biological pump processes currently missing from models, but also identify how observational data collected by existing technologies can help fill those gaps."
Dr Emma Cavan, Research Fellow, from Imperial College London, stated: "Marine life has an important role in cycling carbon and nutrients globally. This study highlights how we could improve our estimates of the future ocean carbon sink if we work to understand the role of biology better and describe it well in climate simulations.
The new study highlights for the first time, the disparity between biological carbon pump strength in the current generation of climate models used for IPCC assessments. The paper discusses the processes likely to be most important to include in modern-day estimates to narrow the uncertainty in future projections of this important planetary carbon flux. The new research also identifies the observations required to achieve more robust characterisation, and further improve model parameterisation, of export flux and as a result reduce uncertainties in current and future estimates in the overall cycling of carbon in the ocean  allowing for more robust climate models. 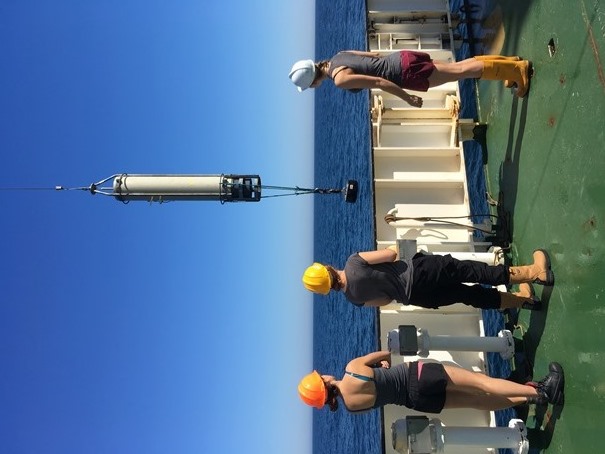