Leading travel management company, ATPI held a beach clean at Pakefield beach near Lowestoft, Suffolk on Saturday (28 May), alongside Air Canada, United Airlines and Lufthansa - collecting a total of 10 bags of rubbish. Bringing together employees of ATPI, Air Canada, United Airlines and their friends and families, the initiative began when Dean Mitchell, Head of Supplier Relations at ATPI was on furlough. Dean frequently cycled around his local area and was shocked by the amount of litter on the roads, and so began litter picking.
Bob Shumacher, Director of UK, Ireland, Israel & Offline Sales, United Airlines said:

"We all have a responsibility to play our part in improving the environment around us, said Bob Schumacher, United Director Sales. "I am so proud that so many of our employees and their families have taken time today to take part in this beach clean initiative at Pakefield beach. At United, were embracing a new goal to be 100% green by 2050 by reducing our greenhouse gas emissions 100%.
Stephen Gerrard, General Manager Sales, UK and Ireland, Air Canada added:
"It is great to see so many of our employees and families take part in this environmental initiative at Pakefield beach today. We are committed to a net-zero emissions goal from all global operations by 2050. By taking action, Air Canada is doing its part for a better tomorrow." 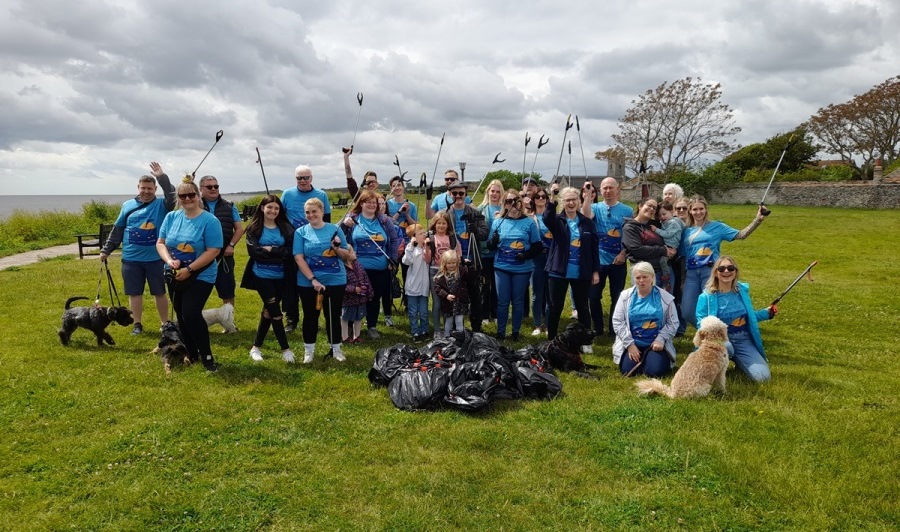