Anderson Strathern: What will Liz Truss mean for employment law? 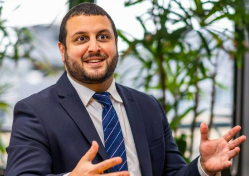 Liz Truss has now been confirmed as the next UK prime minister. Musab Hemsi, employment law expert and director at Anderson Strathern, takes a look at some of the commitments that she has made so far and what her leadership could mean for employers and employees.

Now we know that Liz Truss will be taking the reins of the UK government, businesses will be wondering what this is likely to mean for them and their workforce. As is to be expected, lots of the promises and pledges that were made during the Conservative leadership contest were high level, and we will have to wait to see the full details when they are implemented. However, this article discusses some of the key commitments Ms Truss has made that could impact both employers and employees.

INDUSTRIAL ACTION
Some of Ms Truss proposals relate to industrial action. This is a hot topic in the UK at the moment with ongoing national rail strikes, as well as strikes impacting other services such as bus, postal and waste collection. The last few months have been labelled by some as the "summer of discontent and, with the cost of living crisis set to continue, more strikes are expected.

Earlier this year, the government quadrupled unions potential liability for calling unlawful strikes and removed the ban on agencies supplying workers to fill in for employees who are taking part in industrial action. In line with this trend, Ms Truss has said that she will propose legislation within 30 days of becoming prime minister making it more difficult for industrial action to take place, including:
 Setting minimum service levels - Whilst the government has not yet implemented its 2019 manifesto commitment to introduce minimum service levels during transport strikes, Liz Truss has pledged to bring in minimum service levels for critical national infrastructure. It is thought that the new law could extend beyond the transport sector to other workers such as teachers and postal workers. Whilst it is currently not clear exactly how this proposal would work in practice, it would be open to challenge, as the imposition of minimum service levels has already been successfully challenged in a French case before the International Labour Organization.
 Raising ballot thresholds supporting a strike for it to be lawful from 40% to 50% of members - This is likely to make it more difficult to strike as, assuming that not every member will turn out to vote, a large number of those who do will need to vote in favour. However, this wouldnt prevent every strike from taking place; for example, when the RMT union balloted its members earlier this year, 71% of those balloted took part in the vote, with 89% of them voting in favour of strike action (i.e. 63% of members).
 Increasing the minimum notice period for strike action from two weeks to four weeks - In theory, this would allow businesses to better prepare for strikes and make it easier to arrange for agency workers to cover for any workers who are striking.
 Introducing a cooling off period after each strike - This would prevent unions from striking as many times as they wanted to in the six-month period after a ballot without having to seek a new mandate from members for each strike action (as is currently the case).
 Removing tax free payments  Union members who are striking would no longer be able to receive payments from their union tax-free which would increase the cost of striking to members.
REPEAL OR REFORM EU LAW
In July 2022, Ms Truss committed to reviewing all retained EU laws and repealing or replacing any that are deemed to be holding back the economy by the end of 2023. The mechanism for doing this is likely to be the forthcoming "Brexit Freedoms Bill which was originally announced in January 2022 and subsequently promised in the Queens Speech in May. The text has not been published, but the bill is expected to set out a new fast-track process for the removal or repeal of retained EU laws with (potentially) a sunset clause providing for their automatic removal. In his role as Brexit Opportunities Minister, Jacob Rees-Mogg previously suggested a deadline of June 2026 for the removal of any retained EU laws which had not already been removed or reformed, but it appears that Ms Truss intends to dramatically accelerate this.
Many employment laws will be affected by this proposal, including the Working Time Regulations, Agency Worker Regulations, TUPE and various health and safety regulations. It is currently unclear how (if at all) Acts of Parliament would be affected, although the Truss campaign is reportedly not planning to scrap the Equality Act. There are serious concerns over whether it is realistic to review such a large quantity of legislation within such a tight timescale and with the proposed reduction in civil service jobs. If the bill includes a hard deadline of the sort Ms Truss proposes then we can expect an intense focus on employment law over the coming months with considerable change potentially ahead.
National Insurance and IR35
Liz Truss has pledged to reverse the National Insurance increase of 1.25% for working age employees, their employers and the self-employed that took effect in April 2022. The increase was implemented due to the introduction of the Health and Social Care (HSC) Levy which was designed to help fund the NHS backlog following the Covid-19 pandemic and the current crisis in social care. The current plan is for the HSC levy to be formally separated from National Insurance contributions from April 2023 and extended to workers who are above state pension age. However, under Ms Truss proposal the HSC levy would be scrapped entirely.
Ms Truss has also said that there would be a government review of IR35 regulations if she became prime minister. Proposed IR35 reforms for the private sector took effect from April 2021 and represented the biggest change to employment tax in decades. However, this would not be the first time that IR35 has been reviewed, so it remains to be seen whether any review conducted under Ms Truss leadership would result in any meaningful changes to the current legislation.
SEASONAL WORKER VISA SCHEME
The UK is currently experiencing labour challenges. In May this year, there were more job vacancies than unemployed people in the UK for the first time since records began and certain sectors have been particularly badly affected. One of these is agriculture, where farmers have been struggling to find enough workers to harvest seasonal crops such as fruit and vegetables. Poultry processing is also likely to be under-resourced in the lead-up to Christmas.

In what would be a positive step for the food and farming sectors, Ms Truss has confirmed that she would support a short-term expansion to the Seasonal Worker temporary work route. This visa route gives overseas workers a visa to come to the UK to work in horticulture for up to six months (assuming that they satisfy certain eligibility criteria). It has recently been expanded to allow for poultry processing workers to work in the UK between 3 October and 31 December each year.
Currently the scheme has an annual cap of 38,000 visas per year for the edible and ornamental horticulture sector, and 2,000 visas for the UK poultry processing sector. Under Liz Truss proposal, the scheme would be extended beyond its current expiry date in 2024 and the number of visas available would be increased by an unspecified amount.
WHAT NEXT?

We will have to wait to see the full impact that Liz Truss leadership will have on employment law, and the details will continue to emerge. However, it is clear that her premiership could mean significant changes for employers and employees.

As Ms Truss takes power, we are still awaiting the long-promised Employment Bill and the Queens Speech back in May made no mention of this. Whilst some proposals, such as those relating to neonatal leave and tips, are now being progressed via Private Members bills, it seems quite unlikely that Ms Truss will prioritise the implementation of the remaining measures expected to be included in the bill. Instead, this could well be overtaken by the review of EU retained law discussed above.
Finally, it cant be ignored that Liz Truss has come to power in the middle of a cost-of-living crisis and a very difficult economic situation. The full impact of her administration on both businesses and employees will partly depend on how she plans to support struggling businesses and their staff and on the impact of her policies on the economy as a whole.