Decom North Sea, the membership organisation focused on the global late life and decommissioning sector, has officially announced the appointment of a new leadership team.
Following a period as interim, Sam Long has been confirmed as the organisations Chief Executive Officer with previous chair of the DNS board, Callum Falconer, joining him in the role of Operations Director.
Mr Long, who has been active in the international energy industry for 20+ years with companies including Wood, Petrofac, Baker Hughes and Aker Solutions, brings a career-long focus on decommissioning, well abandonment, late life asset management and the ongoing need to decarbonise the upstream oil and gas industry.
Mr Falconer, who has been involved with Decom North Sea since its launch as both member and non-executive director, has a track record reaching back to the early days of North Sea decommissioning. Since this time he has been instrumental in leading and informing the industrys approach to decommissioning from a number of perspectives, including as Decommissioning Manager of operator Marathon Oil and as CEO of the Dundeecom partnership.
Supported by the organisations board of directors and executive team, the newly-formed leadership duo is poised to implement a strategy of growth and diversification, reflecting the evolving global energy landscape, and in particular the role of late life and decommissioning in the journey towards net zero and beyond.

Mr Long expands: "Our growth and ambitions have to be in line with the needs of our membership, as they also diversify in scope and geography. Our fundamental commitment to the sustainability of the decommissioning sector remains firm, and the relevance of late life and decommissioning to a successful, efficient energy transition cannot be understated, particularly in terms of the decom sectors future security.
Mr Falconer adds: "The Scottish Government has well-documented ambitions to position Scotland as a Global Energy Hub, not least via a commitment to the North Sea Transition Deal. The stages of transition itself are clear  from oil and gas, to decommissioning, renewables, CCUS and hydrogen. Our role is to facilitate the successful creation of a best-in-class, future-proofed and truly exportable decommissioning sector against this context.

Pictured below, left to right, Callum Falconer and Sam Long 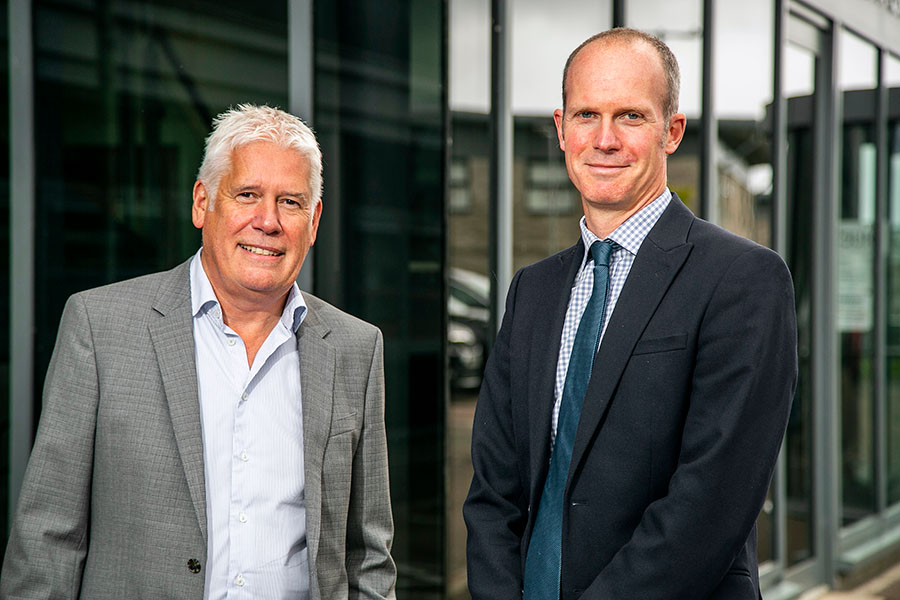