Earlier in the summer Controlled Flow Excavation (CFE) and Suspended Jet Trenching market leader, Rotech Subsea, wrapped up a four month cable de-burial and re-burial campaign at an offshore wind farm off Frances Atlantic coast. Contracted by a global submarine cable system giant, which had retained the Aberdeen-based subsea trenching and excavation specialist on a similar scope of work in November 2021, Rotech Subseas RS2 CFE equipment spread carried out cable de-burial and re-burial on omega joints and cable ends at the Saint-Nazaire OWF off the Guérande peninsula.
Operating in heavy/dense sands at a depth of 20-30m, Rotech Subseas RS2 tool de-buried 650m of cable, including two joint areas and four cut points in a single pass. With backfill occurring quickly at the site repeat passes on the four client specified cut points enabled divers to sling the cable to carry out cutting operations.
Once remedial works had been carried out, the cable was buried to 1.5m-2m DOL in one pass, save for two small remedial sections. With a maximum outlet pressure of 60kPa and a max jet flow of 4000L/s, the heavy/dense soil conditions experience posed no problem for the RS2 the tool progressed at 1 to 2m/min.
Launched using the support vessel crane, forward and aft tugger winches controlled the orientation of the RS2 tool which remained suspended above the seabed/cable as the vessel traveled along the cable route. Trench depth for the de-burial and burial operations was monitored real time using a tool-mounted sonar imager.
Rotech Subsea Director of Subsea, Stephen Cochrane, commented:
"It was great to work again with this leading submarine cable player in Saint Nazaire. The RS2 performed as expected in the soil conditions and the rapid backfilling on the trench posed no problems for the 60kPa tool. Its efficient performant led to a saving on total project costs and we look forward to working with the client again in the future.
"We look forward to working with the client again later in the year on a new award with them in the United States for cable trenching ops off the Eastern Seaboard.
Rotech Subseas in-house research, development and engineering team has created a suite of 18 state-of-the-art, non-contact CFE, Suspended Jet Trenching tools. With enhanced capabilities, Rotech Subseas CFE suite of tools is firmly established as the method of choice for offshore wind farm cable trenching and excavation in Europe and beyond. 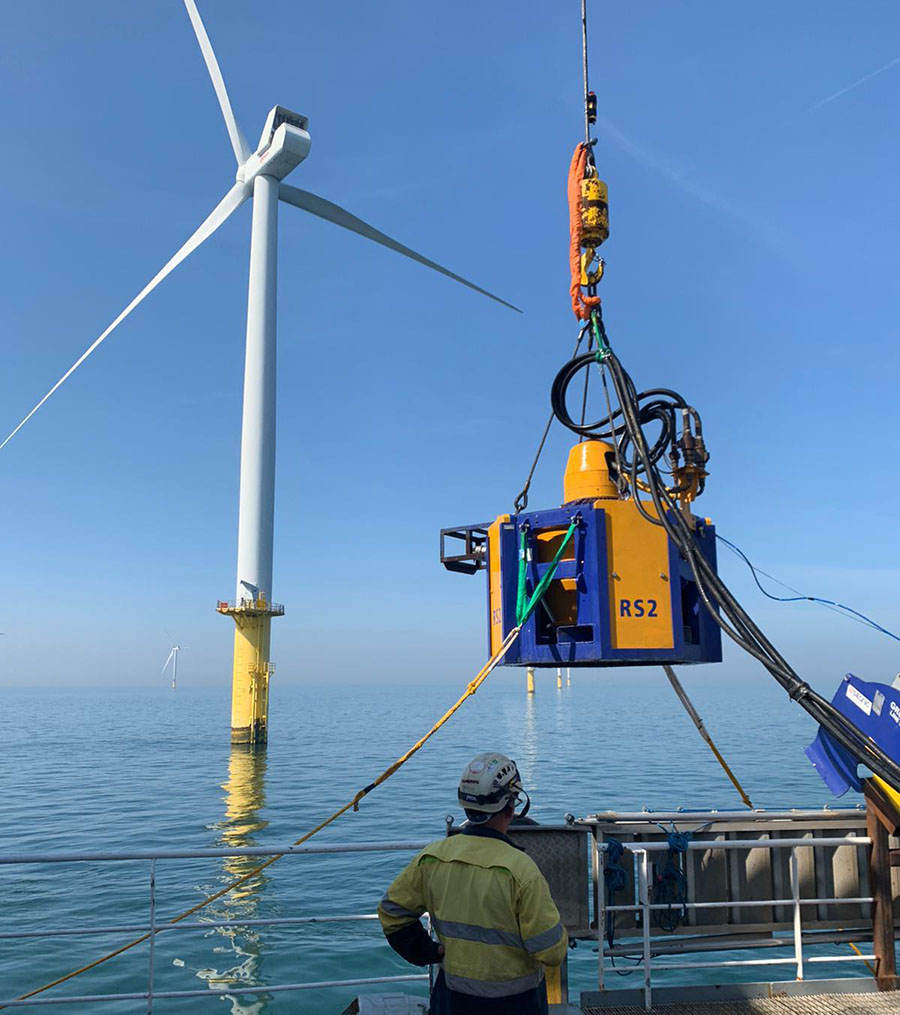