NOC scientists, working in partnership the GEOMAR Helmholtz Centre for Ocean Research Kiel and the Scottish Association for Marine Science (SAMS) made the discovery whilst exploring the area using NOC ocean robot Autosub6000 for the first time.
The crabs were found 1500km away from their spawning areas off the NW American coast, raising questions for ecologists and oceanographers about how such a large swarm ended up in the depths of the Pacific Ocean. This unexpected discovery will change the way scientists view how carbon is transferred from the atmosphere to the deep-ocean floor.
A critical part of the Earths carbon cycle occurs in the ocean, where carbon recycling occurs through the marine food web. This discovery suggests that these mass crab falls supply a very large quantity of food to the area - an amount of carbon far greater than was expected for the whole year. Before the study, there was no knowledge that these crabs could fall to such depths and provide food to the region, as well as playing a role in carbon transfer.
Although relatively little is known about the deep sea, the most characteristic feature of abyssal ecosystems of depths from 3000-6000m, is the extremely low availability of food. Deep-sea animals are thought to have adapted to very low food supplies, meaning this feast of surface ocean swimming crabs must represent an extraordinary bonus food input for these abyssal communities.
This NOC study, published in the journal Ecology, reveals the untold fate of crab swarms swept offshore to open waters, in a way only previously known from beach strandings, but now discovered thousands of miles away from their spawning areas. The research paves the way for further studies into these key oceanographic processes.
Read the full paper here in Ecology
This study forms part of the NOC-led Seabed Mining And Resilience To Experimental impact (SMARTEX) project, endorsed by the United Nations Decade of Ocean Science for Sustainable Development, and funded by the UK Natural Environment Research Council. 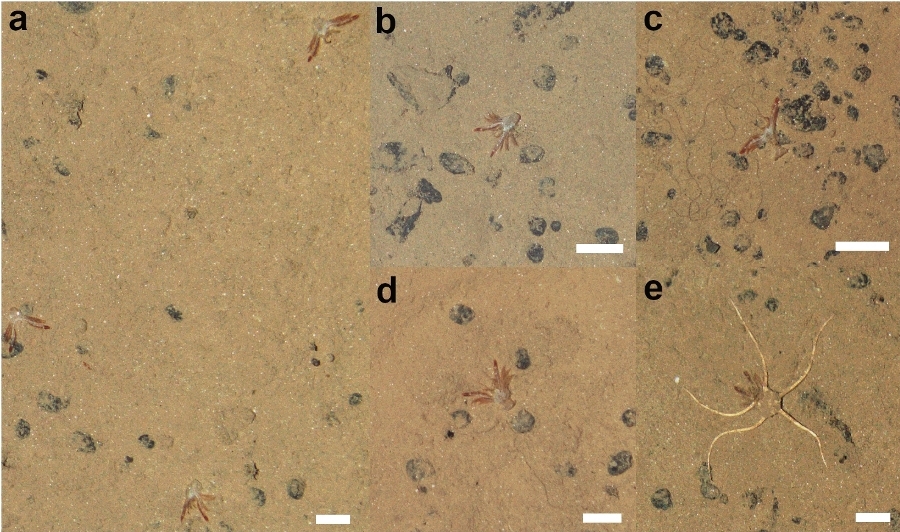