Osbit presented with Queens Award by the Duchess of Northumberland

Osbit, the North East England offshore engineering company, has been presented with the Queens Award for Enterprise 2022, in the Innovation category.

The prestigious award was presented by the Duchess of Northumberland, in her capacity as the Lord Lieutenant for the county, at Osbits Riding Mill site. The ceremony was enjoyed by the companys team, many of whom were involved in the development of the offshore Intervention Tension Frame (ITF) system which won the award.

Osbit first announced it was to receive a Queens Award for Enterprise in April and subsequently attended an award winners reception hosted by His Majesty King Charles III, then Prince of Wales, at Buckingham Palace, in July.

Following the award presentation, Osbits team celebrated with a Queens Award reception of its own, featuring drinks and themed cakes.

Osbit Director Steve Bedford, who was involved in the winning project and attended the Royal reception, said: "We are honoured to receive this coveted award, in recognition of the fantastic ingenuity and dedication of our team.

"When we created Osbit twelve years ago, we set out to innovate new engineering solutions offshore. To be recognised for succeeding in what were most passionate about is the highest tribute we could receive.

"We will proudly display our Queens Award flag, trophy, and certificate, for all to see.

The Duchess of Northumberland added: "The Queens Award for Enterprise is a globally recognised award for UK companies, and it is particularly pleasing to see a highly successful local business being recognised for its excellence in innovation.

"Osbit has grown from strength to strength over recent years, and this is down to its talented, entrepreneurial, and hard-working employees.

"I am thrilled that the company has been recognised with this honour. Everyone should be justifiably proud of this outstanding achievement. 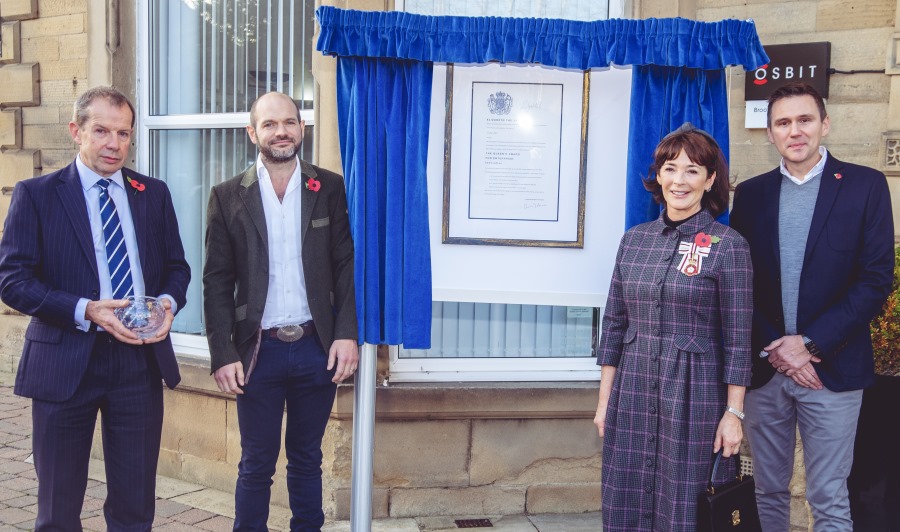