The 3ISS contract awarded to JFD by the NSRS Authority, on behalf of the Participant Nations, UK, France and Norway, demonstrates its confidence in JFDs ability to provide a full and complete in-service support solution. The NSRS is a premier fly-away global submarine rescue capability which exists to give submariners the best chance of survival should a submarine incident occur. The five-year 3ISS contract will start in summer 2023 and has the potential to be extended to a total of nine years.

Having managed the Second In-Service Support (2ISS) contract since 2015, JFD has demonstrated its proven operational excellence through assured availability of the NSRS. JFDs 3ISS solution is rooted in intimate system knowledge and operational insight gained throughout the 2ISS contract.

JFD has unrivalled experience with real-life submarine rescue incidents, including locating and identifying the wreckage of KRI Nanggala, and deploying systems in support of the submarine Kursk and AS-28 Priz incidents. JFD builds upon the expertise and lessons learned from these incidents to continue to raise the standards for safety in the submarine rescue domain.

Richard Dellar, Managing Director, JFD, said: "We are extremely proud to have been awarded the NSRS 3ISS contract. It is a true testament to the breadth and depth of our talented personnels submarine rescue expertise and dedication. This decision firmly places JFD as the world leader in submarine rescue provision.

Safeguarding the lives of submariners around the world is our number one priority. The all-too-long list of submarine incidents globally poses as a stark reminder of the critical nature of the services JFD provides.

Our dedication to submariners is demonstrated by our continuous drive to set new safety standards and ensure rescue readiness 24/7, 365 days a year.

NSRS will continue to form a key part of JFDs global submarine rescue community along with Australia, Singapore, India and the other nations we support. We are committed to work alongside the NSRS Authority to ensure the highest levels of operational assurance are always achieved.

A world leader in the design, build and operation of submarine rescue systems, JFD has played an integral role in the UKs submarine rescue provision since 1983 and the NSRS since it came into service in 2008.

In the event of a distressed submarine (DISSUB), any delay to the rescue operation can have catastrophic results. To locate the DISSUB and rescue the lives on board as quickly as possible, the NSRS must be maintained at a high state of operational readiness and specialist personnel must be fully trained in all aspects of a safe rescue.

JFDs 3ISS solution builds upon the past seven years performance and the teams extensive knowledge of global submarine rescue systems. Throughout the course of the 2ISS contract, JFD has undertaken 18 mobilisation exercises and its proven team has an established track record for delivery in their field.

This expert team, which is focused locally and supported globally, will play a key role in the delivery of 3ISS. Digitisation will also be incorporated into the 3ISS solution, with JFD at the forefront of digitalised asset management.

An established provider to over 30 navies worldwide, JFD delivers innovative and technically advanced submarine escape and rescue solutions. The companys capabilities span the entire submarine escape, rescue, abandonment and survival (SMERAS) environment, and JFD is unique in being able to deliver solutions across all of these areas. 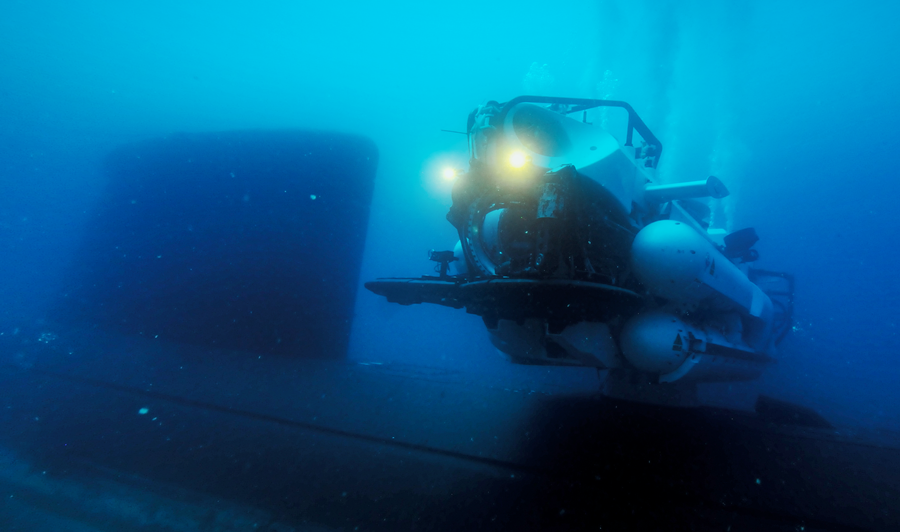