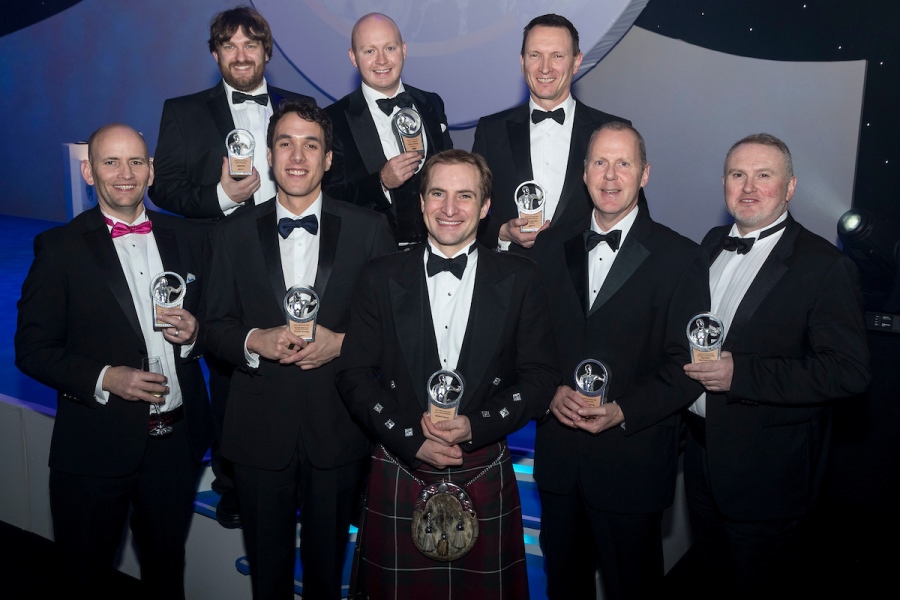 Company of the Year
Tekmar Energy

Innovation for Safety
The Underwater Centre

Tekmar Energy Limited was named company of the year at Subsea UKs annual awards while Richard Marsh was recognised for his outstanding contribution to the industry.
The awards, which celebrate the achievements of companies and individuals in the UK subsea industry, were presented at a gala dinner in Aberdeen during Subsea Expo - the worlds largest subsea-focused exhibition and conference.
Sponsored by Baker Hughes a GE Company and Helix Energy Solutions, the awards were presented in front of over 600 people from the subsea sector. Neil Gordon, chief executive of Subsea UK hosted the ceremony with former UK Government minister and chairman of Triumph Motorcycles Limited, Lord Digby Jones as guest speaker.
The top award, Company of the Year, was presented to Tekmar Energy Limited. Having grown from a small, family owned business founded in 1985, Tekmar now has more than 4,000 protection systems in operation around the globe protecting billions of pounds worth of subsea assets. The company has experienced rapid growth over the past five years, despite the economic challenges, it has continued to expand its product offering and diversified into new markets.
Neil Gordon, chief executive of Subsea UK commented: "The past two years have been extremely challenging for the subsea sector, however we have continued to see an unwavering commitment from companies of all sizes to drive a real change across our industry.
"Once again, we received an incredible standard of entries for this years awards, demonstrating the greatest attributes of the UK subsea sector. Despite the ongoing challenges we face, its vital that we continue to celebrate and recognise the finest talent, leadership and contributions as we adapt to this new environment in the coming years.
Founder and former managing director of Tritech, Richard Marsh scooped the Outstanding Contribution Award. One of the most charismatic characters and early proponents of the subsea sector, Richard began his career at British Aerospace where he was responsible for 1,600 technicians and engineers who built 16 concords in the UK. He also helped to develop one of the first ROVs, Consub.
Maritime Developments Ltd won the Innovation & Technology award. During its eighteen-year history, the company has successfully diversified its client base away from the fishing industry and now designs, manufactures and delivers back-deck equipment for the global oil, gas and renewables sector.
This years event saw the launch of the David Pridden Young Emerging Talent Award, a commemorative accolade in memory of the inaugural Subsea UK chief executive, David Pridden who sadly passed away last year. Arnold Grundy of Oceaneering was the proud winner. Responsible for the design, manufacture, testing and deployment of subsea cables and related subsea distribution, Arnold was praised for his technical know-how, and collaborative and enthusiastic approach.
AgileTek was crowned the Small Company of the Year and The Underwater Centre was presented with the Innovation for Safety award for the second year running. The Global Exports award went to STATS Group for its rapid expansion into key international markets and Bristol-based Rovco won the New Enterprise award.